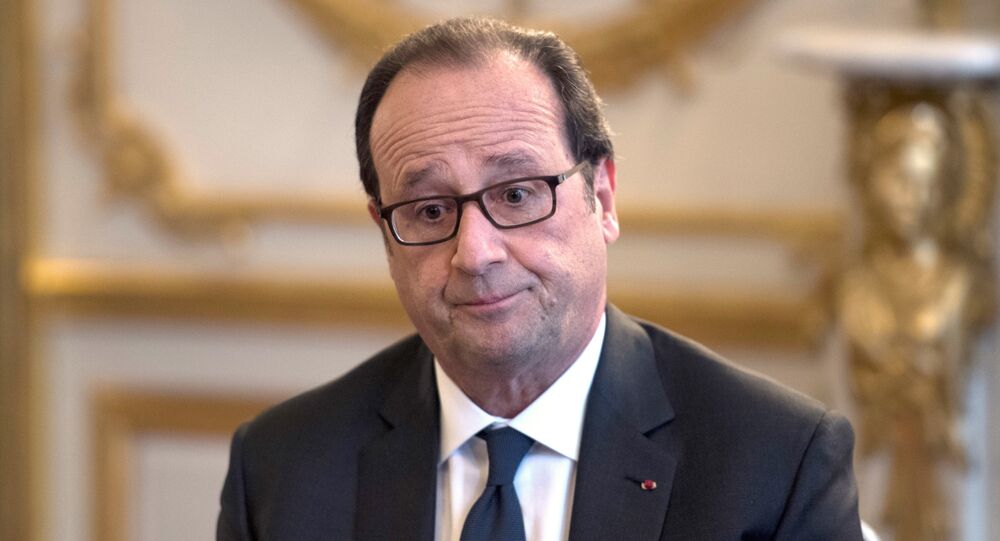 Where is logic? While Kiev is obliged to implement the Minsk deal but has not, French President Hollande wants Russia to do it, seemingly ignoring the fact that Moscow brokered the agreement but is not a part to the conflict.

PARIS (Sputnik) – French President Francois Hollande spoke in favor on Tuesday of extending anti-Russia sanctions until there was progress in situation in Ukraine.

"Minsk agreements must be applied in Ukraine … I support extension of the sanctions until there is progress, as does the chancellor [of Germany Angela Merkel]," Hollande said ahead of his meeting with the German leader.

© AFP 2021 / DOMINIQUE FAGET
Italian Lawmaker Says Many Colleagues Support Recognition of Lugansk, Donetsk Republics
Kiev launched a special military operation in Ukraine’s southeast in April 2014, after local residents refused to recognize the new Ukrainian authorities, which came to power as a result of a coup.

The Normandy Four, which comprises Ukraine, Russia, France and Germany, was created in 2014 to secure a peaceful settlement to the conflict in Ukraine. The group has held several rounds of talks on Ukrainian reconciliation, with the most recent one on Wednesday in Berlin.

Anti-Russian Sanctions Over Situation in Ukraine to Be Extended - Merkel