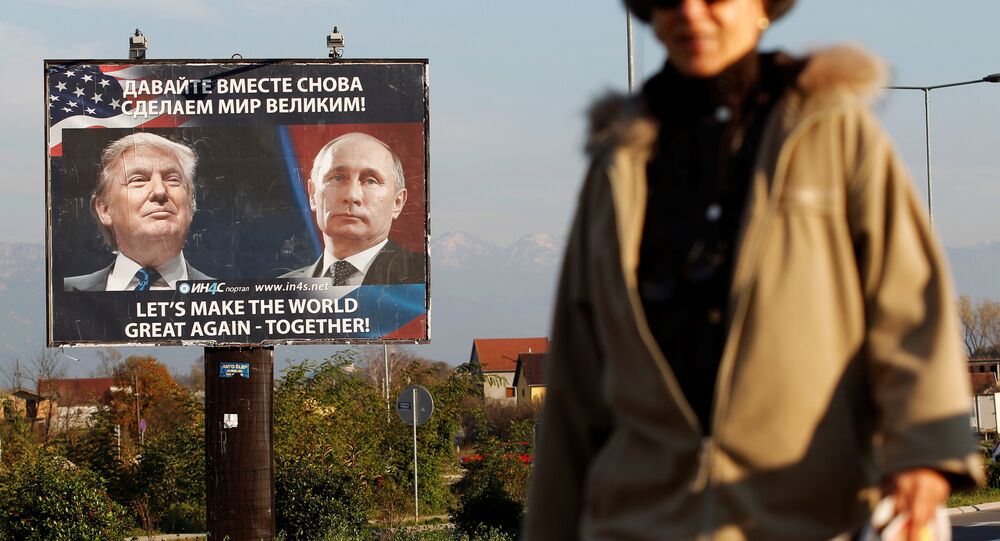 A Russian official expressed hope that Donald Trump would carry out policy in accordance with his pre-election statements.

MOSCOW (Sputnik) – The incoming US administration should introduce new mechanisms of cooperation with Russia as US President-elect Donald Trump said during his pre-election campaign that he would have a good relationship with Moscow, a Russian official told Sputnik on Monday.

"The US government should introduce real mechanisms [of cooperation] that correspond to a program statement of then presidential candidate," Lyubov Glebova, the head of the Russian Federal Agency for the Commonwealth of Independent States, Compatriots Living Abroad and International Humanitarian Cooperation (Rossotrudnichestvo), said.

© Sputnik / Michael Klimentyev
Putin's 'Message to President-Elect Trump' Enclosed in His Annual Address
She pointed out that Trump has to carry out policy in accordance with his pre-election statements because otherwise he would risk to lose the mandate after the first term.

Trump won November's US presidential election and is set to take office on January 20. During his election campaign, Trump repeatedly called for dialogue with Russia and for combining efforts in fighting terrorism in war-torn Syria.