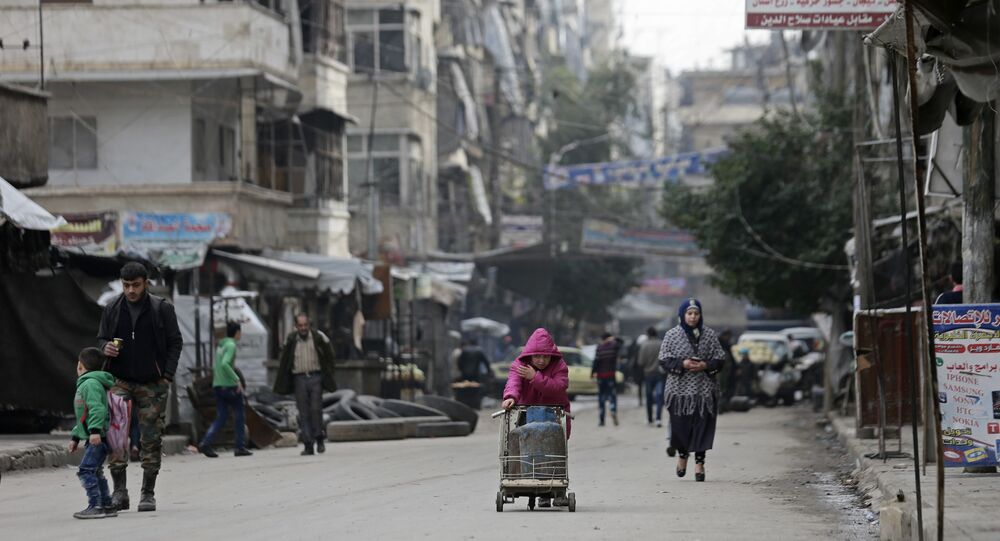 The Kremlin hopes that Russia and the United States will reach an agreement on the Syrian city of Aleppo, but their dialogue is being shut down every time, not on Moscow’s initiative, Kremlin spokesman Dmitry Peskov said Friday.

MOSCOW (Sputnik) – On Monday, a vote on a draft resolution calling for a ceasefire in Syria's Aleppo at the UN Security Council was vetoed by Russia and China.

“Without doubt, the Kremlin would like to hope that such agreements can be reached, but as you know the process is complex, it  is either resumed, or collapses, and it collapses, every time collapses not on our initiative,” Peskov told reporters answering a corresponding question.

On Wednesday, US Secretary of State John Kerry met with Russian Foreign Minister Sergey Lavrov on the sidelines of the Organization for Security and Cooperation in Europe (OSCE) meeting in Hamburg, Germany and discussed a possible settlement for the Syrian city. The diplomats continued the discussion by phone on Thursday, Russia’s Foreign Ministry announced.

The situation in Aleppo has been seriously deteriorating over the recent months. Thousands of citizens are believed to be trapped in the terrorist-besieged eastern parts of Aleppo with no access to food or water. There have been several attempts to establish a ceasefire, however the bids have failed.

'Rebellious' Mayor of Aleppo: 'Propagandist' or Member of Syrian Opposition?