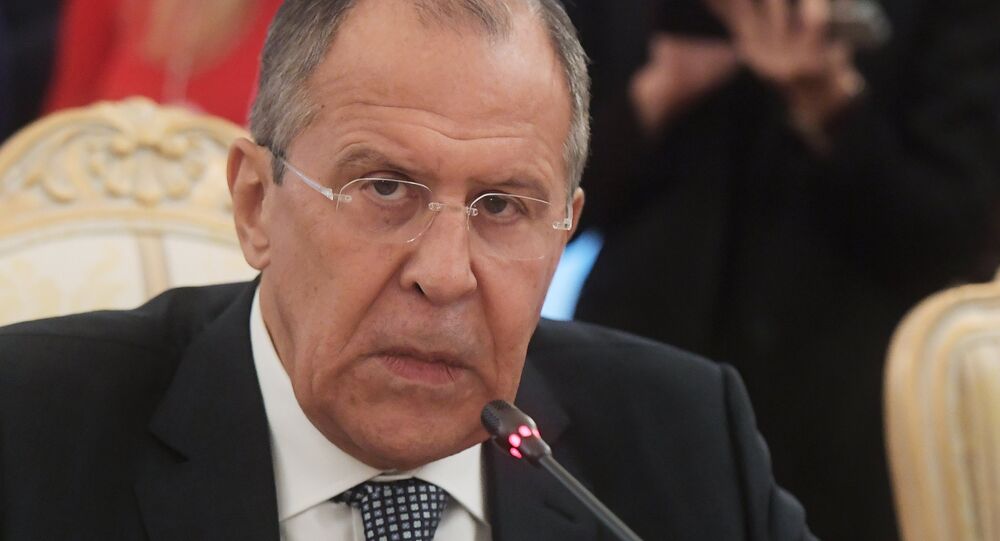 HAMBURG, December 8 (Sputnik) – According to Lavrov, De Mistura has been promising to convene another round of inter-Syrian talks since May, although nothing has happened so far.

"The third direction is political process. It seems to me I've already strained my voice, calling on Staffan de Mistura to stop sabotaging political negotiations," Lavrov told reporters on the sidelines of the Organization for Security and Co-operation in Europe (OSCE) Ministerial Council, stressing that de Mistura has been "entrusted with" the sole responsibility to assist peaceful settlement.

The Russian foreign minister explained that the Riyadh-formed opposition High Negotiation Committee (HNC) was blamed both by the EU and US representatives, though unofficially, for freezing the negotiations process, as they refuse to enter talks without receiving guarantees of President Bashar Assad’s resignation, although he noted that the UN Security Council had included the Moscow-Cairo group in the list of opposition groups.

© REUTERS / SANA
Russia's UN Envoy Says Talks on Syria Should Resume Before Ban Ki-moon Quits
Lavrov stressed that it was necessary to set the date for the talks and let those who would attend them to come to an agreement.

Syria has been in a state of civil war since 2011, with government forces fighting the Syrian opposition groups striving to overthrow Assad. Damascus is also fighting numerous extremist groups, in particular the Islamic State (IS), a terrorist group outlawed in Russia and many other countries.

The opposition and Damascus, along with the mediators, have been engaged in UN-brokered settlement talks. The latest round of intra-Syrian talks took place in Geneva in April. The HNC opposition group walked out of the negotiations, citing the continuous fighting in Syria and the lack of progress on humanitarian issues. HNC transition plans included constitutional revision in its final stage.

The 23rd Ministerial Council of the OSCE kicked off earlier in the day and is expected to wrap up on Friday. The event has gathered together diplomats from the OSCE participating states, including Russia, as well as from 11 partners for cooperation to discuss major security issues.