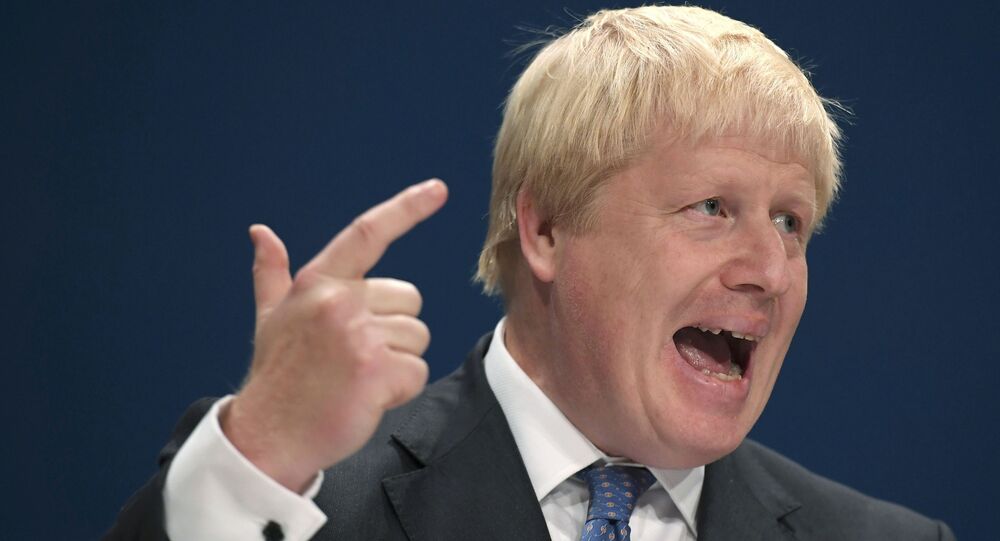 UK Foreign Secretary Boris Johnson's statements about the policy of Saudi Arabia in the Middle East do not reflect the position of the UK government, the UK Prime Minister's Office said.

MOSCOW (Sputnik) — Johnson stated at the 2016 Mediterranean Dialogues conference in Rome last week that Saudi Arabia, alongside with Iran, were engaged in "proxy wars" in the Middle East, pursuing their own political objectives amid the absence of "visionary leadership" in the region, according to Johnson's remarks published in The Guardian on Thursday.

"Those are the foreign secretary’s views, they are not the government’s views on Saudi and its role in the region," Theresa May’s spokeswoman was quoted as saying by the newspaper.

May’s spokeswoman noted that London wanted to build up strong relationship with Saudi Arabia and supported the Saudi-led coalition against the opposition Houthi fighters in Yemen.

The UK government has repeatedly been blamed by humanitarian organizations, including Oxfam and Amnesty International, for fueling the Yemeni military conflict by supplying Saudi Arabia with arms.