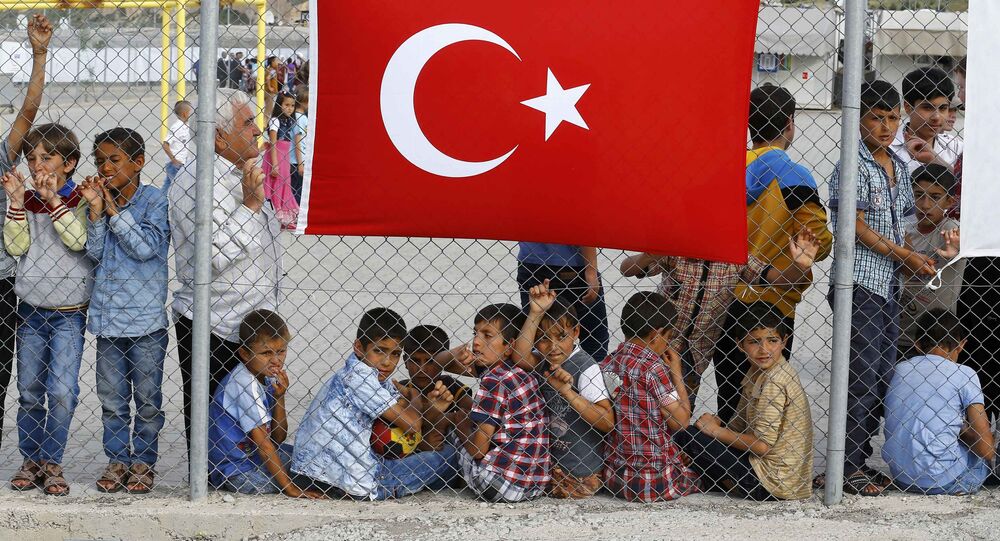 Bulgarian Foreign Minister Daniel Mitov urged the European Commission on Thursday to elaborate a "plan B" in case if Turkey decides to withdraw from the migration agreement and to fulfill its threat to send refugees to the European Union.

MOSCOW (Sputnik) — Ankara and Brussels agreed on a deal in March, under which Turkey pledged to take back all undocumented migrants who arrive in the European Union through its territory in exchange for Syrian refugees accommodated in Turkey, on a one-for-one basis. In return, the bloc pledged to accelerate the Turkish EU accession bid and introduce a visa-free regime, as well as provide financial aid to Turkey to cover the costs of migrant reception.

"We urged the commission to start working on the ‘plan B’ in case if Turkey’s rhetoric becomes a real matter of concern. We hope that this will not happen, but we can’t build our policy on hope alone. We must be ready to the development of any scenario," Mitov said, as quoted by the Bulgarian National Television channel (BNT).

On November 25, Turkish President Recep Tayyip Erdogan threatened to send refugees across the European border if the European Union followed through on threats to break off talks with Turkey over the nation’s eventual membership in the bloc.

Dashed Hopes: the EU Turkey Aspired For is in ‘Deep Crisis’

Turkish Stream Megaproject is 'Milestone' in Relations Between Moscow and Ankara

What's Next? US, EU Have Neither Strategy nor Vision for the Future of Syria