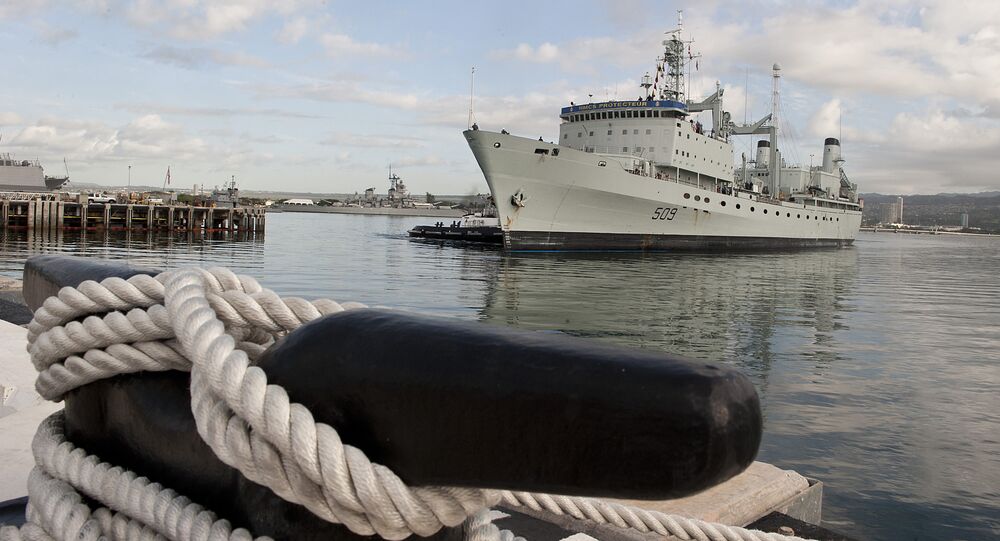 Japanese Prime Minister Shinzo Abe will make a historic visit to Pearl Harbor this month. However, according to the Japanese government spokesman, Abe’s visit will not be meant as an apology. Radio Sputnik spoke with Dr. Jon Davidann, a history professor at Hawaii Pacific University, specializing in Japan-US relations.

He further said that Obama visited Hiroshima in May this year so according to the professor that’s what made this visit possible.

“Obama was careful not to apologize so it’s a kind of mixed message. That actually allowed Abe to come to here in late December and also not apologize, which is of course a mixed message that the Japanese have sent for a long time about World War II,” Davidann said.

He further spoke about how US-Japanese ties would develop under new US President-elect Donald Trump.

“I think now we know that Trump is not going to do everything he said he will do in his campaign, which is probably good news for the American people. He did contact Abe Shinzo immediately after elections and assured him that the US- Japanese alliance was solid,” the professor told Sputnik.

© REUTERS / Jason Lee
This is How China Could Respond to a 'Trade War' With US, Japan
He further said that Trump’s pivot toward Asia will be much more dependent on Japan because the US pressures China more and there is tension between the US and China.

“If the US pushes China too hard it is possible that China might move closer to Russia. But would Trump really endanger trade relations? The US is tied at the hip with China. So I doubt that he would mess this up by meddling in the relationship,” Davidann said.

He further spoke about how the US has been pushing Japan for the last two decades to become more substantial in its military, better able to provide for its own security so Abe’s move to become more independent is right in line with American policy.

According to the professor, in Hawaii where the Pearl Harbor memorial is ongoing currently, Abe’s arrival is a big deal.

“We have a very strong connection to the Japanese people here, there are a lot of Japanese-Americans who live in Hawaii and so his arrival is playing very positive and big out here. The thing is Pearl Harbor is not just a memorial it is an industry. It is a lucrative industry for this island and the US,” the professor concluded.

The Japanese Prime Minister is expected to fly to Hawaii on December 26 for a two-day visit. He will meet with US President Barack Obama and together they will travel to the harbor that was attacked by Japanese imperial forces in 1941 and which led to the United States’ entry into World War II.

Abe will be Japan’s first sitting prime minister to go to Pearl Harbor in the 75 years after the air attack that killed thousands of people, mostly US military personnel.

Japan Wants to Strengthen Alliance With US Under New Administration