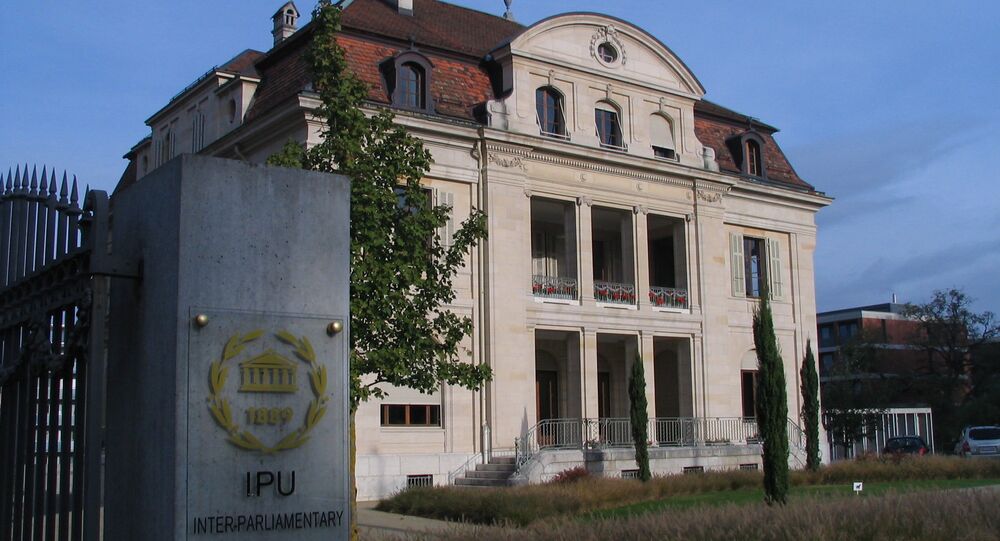 Russia has officially submitted a draft resolution on parliament’s role in prevention of external interference in sovereign states’ internal affairs to the Inter-Parliamentary Union (IPU), the chair of the Foreign Affairs Committee of the Russian upper house of parliament said.

© Sputnik / Mikhail Voskresenskiy
Near, Middle East Suffer From Foreign Interference - Russian Foreign Intelligence Chief
MOSCOW (Sputnik) – The text of the resolution implies that all states have to adhere to the principles of the international law and only state's citizens have the right to determine its future, he added.

"The final version of the resolution and explanatory report, agreed by co-rapporteurs, has been officially sent to the secretary general of the Inter-Parliamentary Union," Konstantin Kosachev said in a blog post on Tuesday.

Kosachev noted that parliaments might send to the IPU their amendments to the draft resolution’s text until mid-March 2017 and the final consideration of the resolution with all the amendments would take place at the 136th IPU Assembly in Dhaka, Bangladesh in April.

Russia initiated the draft resolution at the IPU Assembly, held in Geneva on October 23-27.