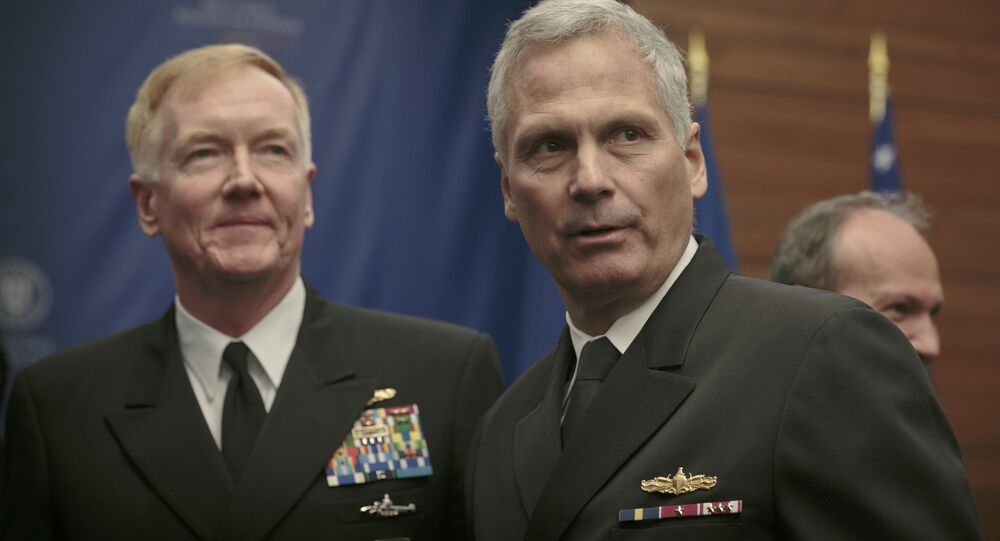 WASHINGTON (Sputnik) — The vice admiral said Russian activity in the Arctic as well as maneuvers in the Baltic Sea, including "unsafe" flyovers, are particularly concerning.

"The Russians, the radicals, and the refugees…They are a threat, and we need to remain vigilant," Foggo stated at the Defense Forum in Washington, DC.

Foggo underscored, however, the need to maintain dialogue with the Russian counterparts.

"It is important that we maintain a dialogue," Foggo said.

In April, two Russian Su-24 fighters came within 30 feet of the US Navy missile destroyer Donald Cook in order to identify the ship.

Secretary of Defense Ashton Carter said in April that the US military expects Russian senior leaders to discourage the country’s military pilots from conducting dangerous flyovers of American ships because such acts can lead to a confrontation.

‘A Crucial Step’: Erdogan’s Top Aide on Ditching Dollar in Trade With Russia