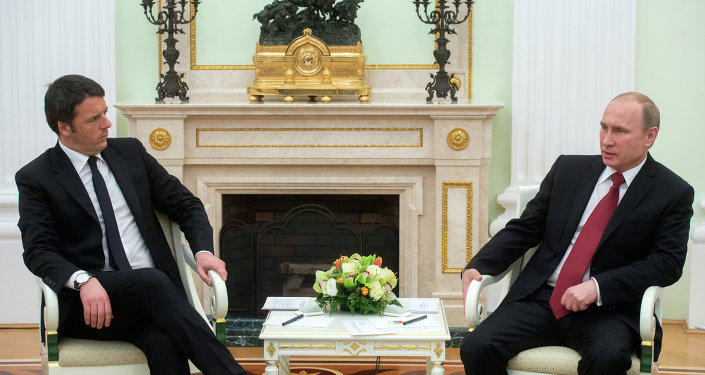 Seibert said that Merkel and Renzi had positive cooperation and mutual trust adding that she supported the reforms proposed by Renzi.

“But, of course, democratic decisions made by Italian citizens as well as the decision of the prime minister to announce his resignation following the referendum must be respected,” Seibert said.

He also pointed out that Germany wanted to develop friendly relations and cooperation with any new Italian government.

© REUTERS / Stefano Rellandini
Italian PM Renzi Vows to Resign After Constitutional Referendum Failure
On Sunday, Italians voted on whether the national constitution should be amended to curtail Senate powers in order to speed up the lawmaking process.

According to the country's Interior Ministry, 59.11 percent of voters opposed Renzi's proposals, while the reforms were supported by 40.89 percent. Earlier on Monday, the prime minister vowed to resign after Italians voted against the reform at the referendum.