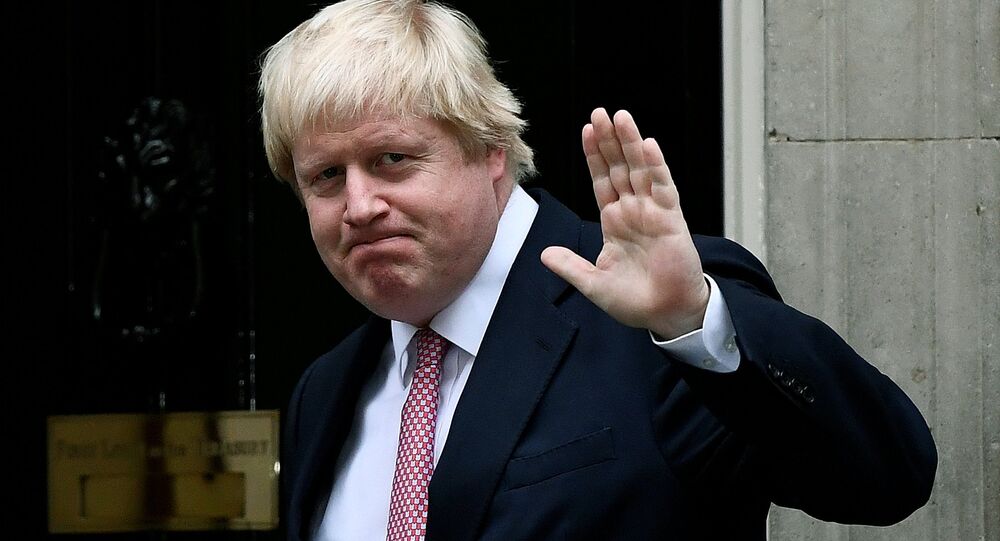 Civil servants at the UK's Foreign Office have told the government ministers to stop referring to Foreign Secretary Boris Johnson as "Boris" because it makes his job impossible, a leaked report said.

Quite a number of controversial and humiliating situations have contributed to building a less than professional image of the UK Foreign Secretary.

For example in May this year, before he became foreign secretary, Boris Johnson ('BoJo') caused a stir by penning a poem that not-so-subtly implied Turkish president Recep Tayyip Erdogan was in love with a goat. This is just one example in a series of blunders that have taken place over the course of Johnson's political career.

​The leaked edict, according the Mail on Sunday, requests that BoJo now be referred to as the Foreign Secretary in order to make him appear more statesmanlike.

This comes after he walked away from a television interview after he was asked to name the president of South Korea. The Foreign Secretary said he was not prepared to get into "a pub quiz about the leaders around the world" with the Sky News presenter Dermot Murnaghan.

Reportedly, Johnson has once again caused a stir after telling four EU ambassadors that he backs the freedom of movement in the UK. The comments, which seemingly contradict the government's Brexit plans, are just another in a long list of gaffes from the politician.

Speaking to Sky News, one of the diplomats said he was "shocked" to hear Johnson's comments, as Prime Minister Theresa May attempts to keep the government's EU divorce plans close to her chest.

Boris Johnson has undergone harsh criticism since he took up his post as Foreign Secretary. His comments around Brexit and foreign leaders have led to him looking somewhat embarrassed and less than professional.

Perhaps, this new request to simply call him Foreign Secretary will signify a new dawn and hope for Boris.