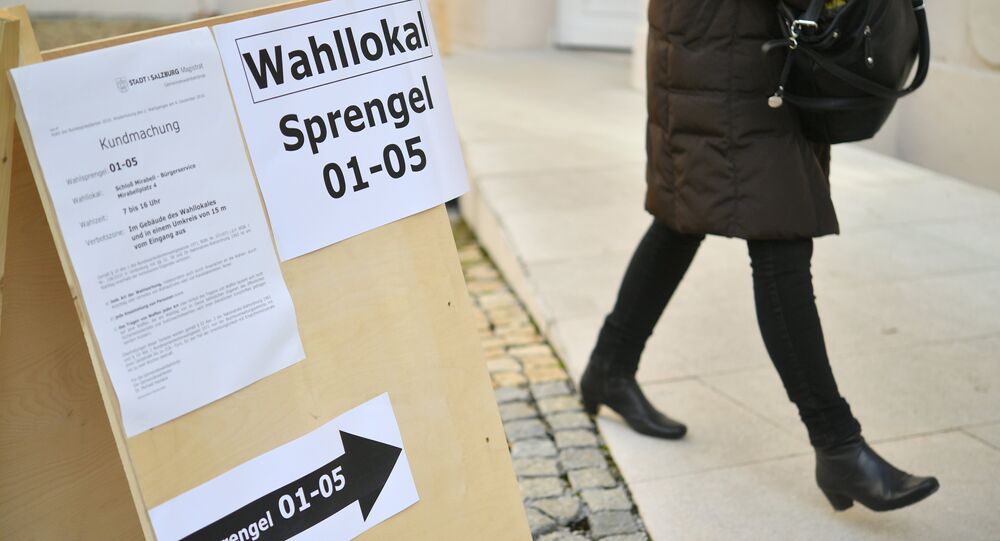 Austria Presidential Rerun Results to Be Announced by Monday Evening

Austrian Interior Minister Wolfgang Sobotka said that the results of he Austrian presidential election rerun will be announced on December 5.

VIENNA (Sputnik) — The results of the Austrian presidential election rerun will be announced by Monday evening after the counting of votes is completed, Austrian Interior Minister Wolfgang Sobotka said.

"I suppose that tomorrow evening [December 5], when we obtain all bulletins, we will be able to announce the final results," Sobotka told reporters.

© AP Photo / Ronald Zak
Two Presidential Hopefuls Vote in Austria Election
According to Sobotka, the information about the voter turnout will be known later in the day, following the closure of polling stations at 05:00 p.m. [16:00 GMT].

The presidential rerun was called after Austria’s top court overturned the results of May’s election over postal vote irregularities following an appeal from the far-right Freedom Party.

The poll was won by Green-backed economist and former Social Democrat Alexander Van der Bellen who defeated Freedom Party’s Norbert Hofer in the runoff by just 31,000 votes. The turnout was estimated at 72 percent, or almost 4.4 million.

Austrian Presidential Candidate's Supporters Insist He Wants to Save Europe

Presidential Rerun in Austria: What is It All About?