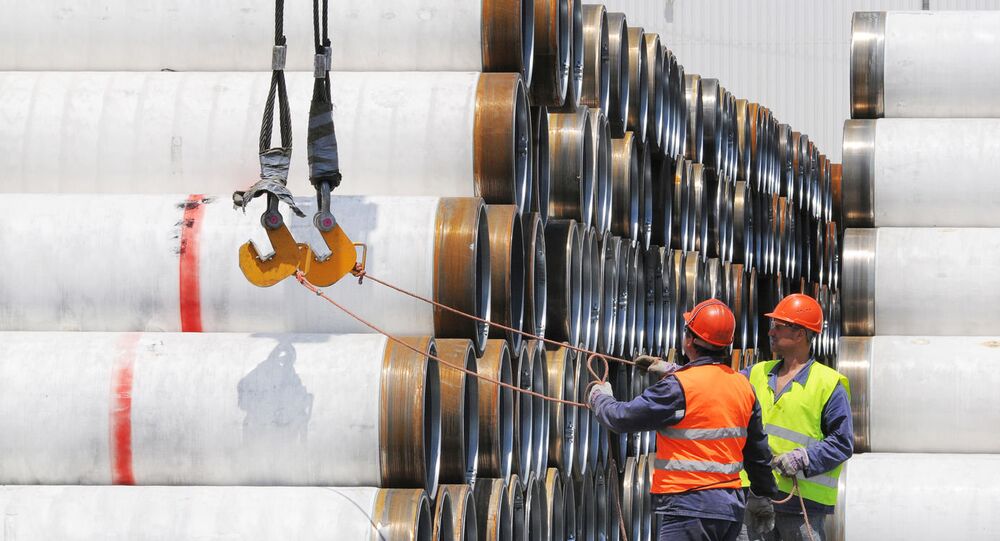 Turkish Stream Megaproject is 'Milestone' in Relations Between Moscow and Ankara

On Friday the Turkish parliament ratified an agreement with Russia for the construction of the Turkish Stream natural gas pipeline project.

The Turkish Stream plans to transport gas from Russia across the Black Sea bed to Turkey, where it will surface at two delivery points, one for Turkish customers and another close to the border crossing with Greece which will supply European customers. The two pipelines will be able to transport 63 billion cubic meters of gas from Russia to Turkey per year.

The project was announced in 2014 but talks on its realization were halted last year after Turkish jets shot down a Russian Su-24 bomber carrying out anti-terror operations in Syria in November.

In July this year Turkish President Recep Tayyip Erdogan apologized for the incident, and since then Russia and Turkey have committed to normalizing their relations, including the re-establishment of the Turkish Stream and the lifting of Russia's embargo on Turkish food products and charter flights to Turkey.

As well as changing Turkey's relationship with Russia, the multibillion dollar project will bring in revenue, induce infrastructure investment and create employment in Turkey, Ozertem said.

"At the moment, as you know, Turkey is looking for stability in its gas supply from Russia. Recent problems between Ukraine and Russia caused some problems in the gas supply so bypassing Ukraine and getting the Russian gas directly from the Black Sea is one of the main advantages," Ozertem said.

"In the coming decade Turkey will probably be one of the transit partners of Russia, carrying Russian gas to the European continent and in this regard the relations between Turkey and Russia will pass to the next stage."

"This is one of the megaprojects for the next decade for the Turkey-Russian relationship and it's going to create some momentum in Turkish economic investment and Turkey expects to gain some money out of this."

© Sputnik / Maksim Blinov
Lavrov's Warm Welcome in Turkey Brings Out Jealous Streak in US Embassy
The project also gives President Erdogan an opportunity to demonstrate its valuable partnership with Russia to the US and EU.

"The crucial impact is on Turkish-EU relations, because at the moment Turkey can give a strong signal to Europe and the US that while relations between the West and Turkey are in a delicate position, Turkey is not left alone and Russia and Turkey can manage to implement megaprojects and co-operate at the bilateral level."

"So in this regard, while getting some pressure from the West, Turkey can use this project as a kind of leverage, or points, to use against the West, (having) Russia as a strong partner in this changing global environment," Ozertem said.