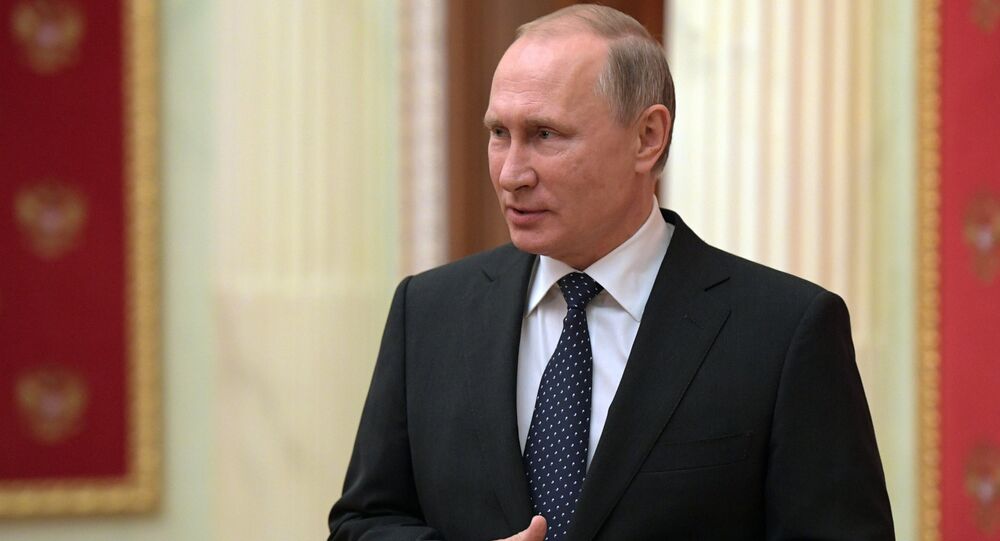 Russian President Vladimir Putin said that the balance in the world is restoring as attempts to create a unipolar world have failed.

"This was inevitable. Attempts to create a unipolar world have failed. We are already living in different times. Russia has always clung to a point that we must respect the interests of others while defending our own ones. This is how we are going to build our relations with our colleagues," Putin said in an interview with Russia's NTV channel aired on Sunday.

The president commented on why the West has often turned a deaf ear to Moscow's position on settling military conflicts, for example during NATO's law-breaking bombardment of Yugoslavia in 1999 and the Alliance's operation in Bosnia and Herzegovina in 1995.

"The answer is very simple: only loud voices are listened to… The situation has been changing. And I think it is not a secret for anyone that many of our partners now prefer to adhere to international law because the global balance is gradually restoring."

At the Munich Security Conference (MSC) in 2007 Putin criticized unipolarity of international affairs, created by the United States, and accused Washington of provoking a new nuclear arms race, expanding NATO in Europe, using force unilaterally without the UN mandate and making the Middle East more vulnerable, which could lead to the growth of extremism.

Russian authorities have repeatedly criticized the West for neglecting interests of other states and acting unilaterally against the principles of the international law, as it was in the former Yugoslavia, Iraq and Libya.

Russia is Back: This is Why Washington's 'Unipolar' Days Are Over