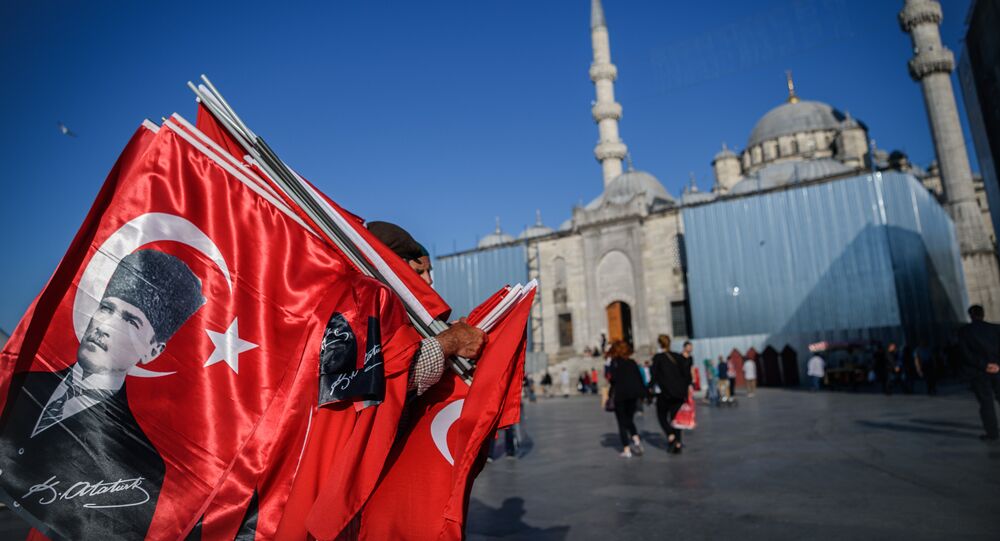 Turkey 'Does not Really Want to Join European Union'

The European Parliament has recently voted in favor of temporarily suspending EU membership talks with Turkey. Although the vote was not binding, it is indicative of the current state of relations between Ankara and Brussels.

Former Turkish ambassador to France Uluc Ozulker told Sputnik that Turkey is at a stage when it does not want to join the bloc.

© AFP 2020 / JOHN MACDOUGALL
Merkel's Plans to Halt Turkey’s EU Accession Talks Reflect 'Real State of Affairs' - German MP
"The EU has never provided real, visible support to Turkey on its path to joining the union," he said. "Figuratively speaking, Brussels treated Turkey like a person holding a bird which is free to the extent that it does not die, but not free enough to fly away. Under current circumstances, the bird has grown and the situation in the world has changed dramatically," he said.

Uluc Ozulker added that both sides view each other differently now.

"I would say that Turkey does not really want to join the EU at the moment," he added.

The former Turkish envoy urged both sides to discuss all the issues and think through the implications of reducing cooperation. Mutual threats, tough rhetoric and delaying will not yield any meaningful results, he added.

© REUTERS / Umit Bektas
Turkey Has 'Many Alternatives' to EU Integration, Refuses to 'Bow its Head' - Erdogan
"I do not approve of what the EU is doing. It is clear that Brussels is not treating Turkey fairly and honestly, causing indignation among [the Turks]. It follows then that when you hold a referendum [asking people whether they support or oppose Turkey's accession to the EU] the people will vote for cutting ties with the bloc," he said.

Uluc Ozulker urged Turkish authorities to think twice before making decisions that could affect the people and living standards in the country.

European Union 'Lacking Strategic Vision of Its Own Destiny'