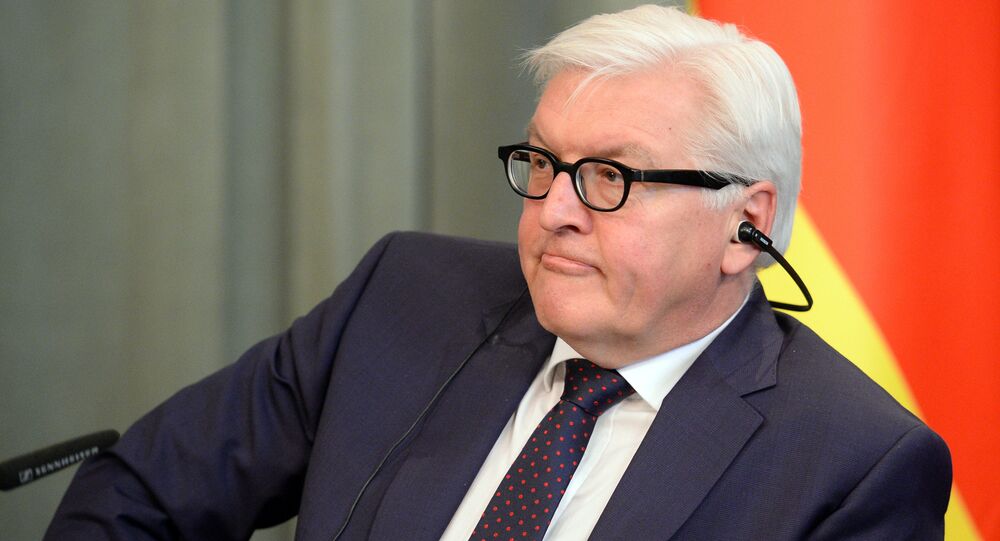 BERLIN (Sputnik) — Statements by officials give no grounds to hope and expect a sensational breakthrough in Minsk deal's implementation, he said.

"I will not tell you a big secret if I say that Steinmeier's expectations regarding the results of tomorrow's meeting are, frankly speaking, limited. The intensive preparation, talks and consultations of the past weeks, just as public statements by conflicting parties, unfortunately, give no grounds to hope and expect a sensational breakthrough in Minsk [agreements'] implementation tomorrow," Schaefer told a briefing.

© Sputnik / Michael Klimentyev
US Not Planning to Join Normandy Format Talks on Ukraine Settlement
Establishing an armed mission of the Organization for Security and Cooperation in Europe (OSCE) in Donbass is far from implementation, the German Foreign Ministry spokesman said.

"OSCE German representative [Frank-Walter] Steinmeier is making efforts to get support for implementation within the OSCE framework of what the Ukrainian president has demanded for a long time and what the Russian president has supported.

"The truth is that we are currently rather far from making the decision to organize such an armed police mission in Donbass. I believe this could be agreed or even decided at the OSCE's ministerial meeting in Hamburg next week on December 8-9," Schaefer added.

The Normandy Four group which comprises Russia, Germany, France and Ukraine was created in 2014 to secure a peaceful settlement of the conflict in Ukraine. In February 2015, the quartet leaders worked out a ceasefire deal in Minsk, Belarus, signed by representatives of the Kiev authorities and the People's Republics of Donetsk and Lugansk.