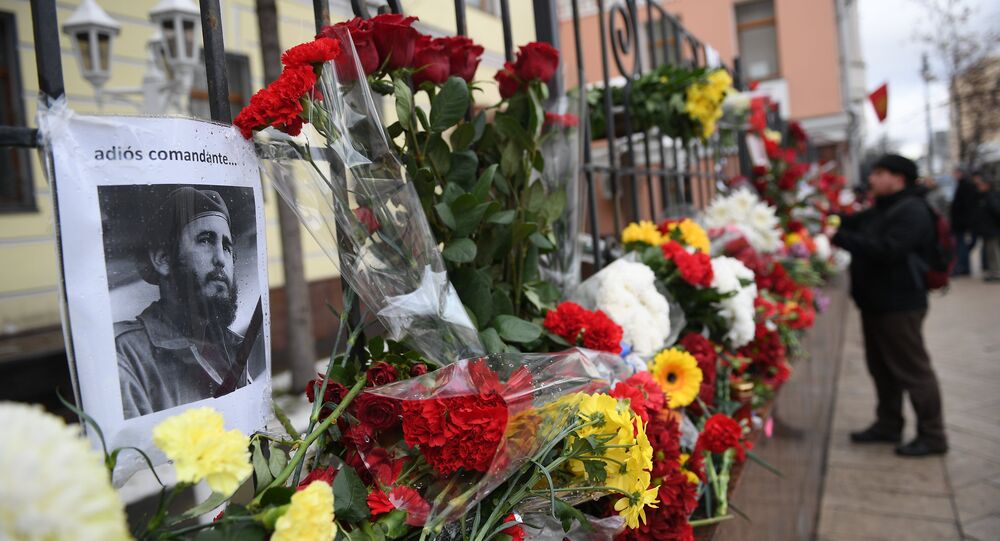 Alexander Schetinin, the Russian Foreign Ministry’s director of the Department of Latin America said that Fidel Castro's death had caused sorrow in Moscow, because Russia had lost a true friend.

MOSCOW (Sputnik) — Russia is sure that the high level of cooperation between Moscow and Havana will continue even after Cuban revolutionary leader Fidel Castro's death, the Russian Foreign Ministry’s director of the Department of Latin America said Sunday.

"[Castro] had laid the basis, very important foundation of the Russian-Cuban friendship and we know his close associates, who adhere to this line very closely, and who have said that Fidel Castro's legacy will receive its continuation and development in the constructive cooperation, which has been developing between our nations during the recent decades… That's why we are absolutely sure that the cooperation that has been established with Castro's decisive role, will continue," Alexander Schetinin told RIA Novosti.

© REUTERS / Jorge Cabrera
Fidel Castro 'Guaranteed Another 20 Years Of Revolution' With Careful Planning
The diplomat added that Castro's death had caused sorrow in Moscow, because Russia had lost a true friend.

Fidel Castro died on Friday, at the age of 90 years old, as announced by his brother, incumbent Cuban President Raul Castro, on state television on Saturday.