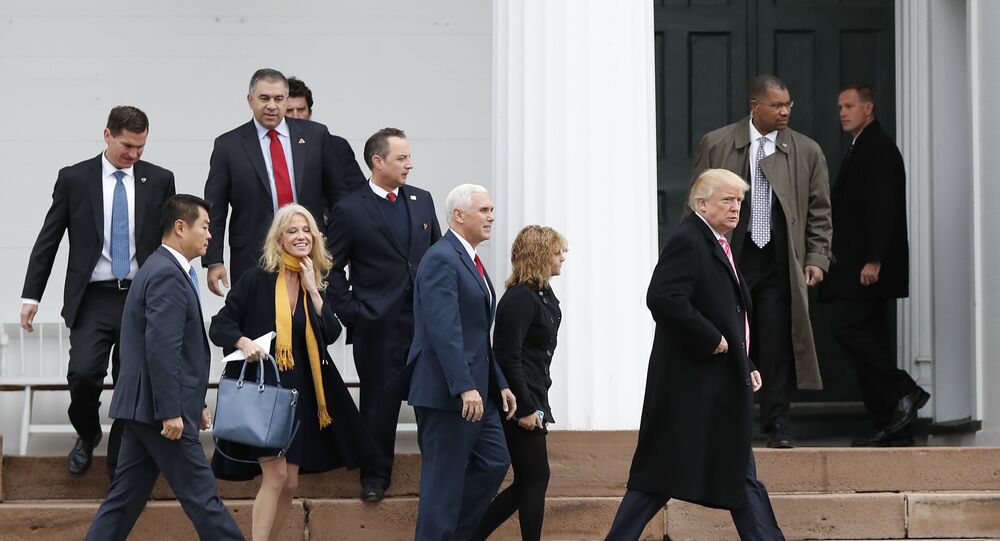 On the same day Hillary Clinton's campaign said it would help with efforts to ensure recounts of votes in several key states in the US presidential election, President-elect Donald Trump has called the movement "a scam."

In a statement November 26, Trump called out the Green Party and Green Party candidate Jill Stein, who is spearheading the drive, saying "the people have spoken and the election is over."

"This is a scam by the Green Party for an election that has already been conceded, and the results of this election should be respected instead of being challenged and abused, which is exactly what Jill Stein is doing," Trump said.

Stein and the Green Party have called for official recounts in the three key swing states of Wisconsin, Michigan and Pennsylvania, with Wisconsin agreeing November 25 to initiate a recount after Stein filed a petition with the state's Election Commission.

The Clinton campaign's general counsel, Marc Elias, wrote in a blog post November 26 that the campaign would work with the recount effort. He said they had received messages of concern about voting in those three states.

"Because we had not uncovered any actionable evidence of hacking or outside attempts to alter the voting technology, we had not planned to exercise this option ourselves, but now that a recount has been initiated in Wisconsin, we intend to participate in order to ensure the process proceeds in a manner that is fair to all sides," Elias wrote.

© AP Photo / Pablo Martinez Monsivais
Who is to Blame for Hillary Clinton’s Loss?

If Stein pursues recounts in Pennsylvania and Michigan, the campaign will also participate there, he said, though he acknowledged that the margin of Clinton's loss even in the closest race is far greater than any overcome by a recount.

"But regardless of the potential to change the outcome in any of the states, we feel it is important, on principle, to ensure our campaign is legally represented in any court proceedings and represented on the ground in order to monitor the recount process itself," he wrote.

Trump pointed out in his statement that he won 306 electoral votes, the most of any Republican since 1988, and won nine of 13 battleground states, 30 of 50 states, and more than 2,600 counties nationwide, "the most since President Ronald Reagan in 1984."

"This recount is just a way for Jill Stein, who received less than one percent of the vote overall and wasn't even on the ballot in many states, to fill her coffers with money, most of which she will never even spend on this ridiculous recount," Trump said. "All three states were won by large numbers of voters, especially Pennsylvania, which was won by more than 70,000 votes."

Trump later tweeted about the issue.

The Obama administration has said the election results "accurately reflect" the will of the American people.

Trump campaign manager Kellyanne Conway weighed in on the recount movement, calling Clinton and Stein's teams "a pack of sore losers" to Bloomberg.

Trump himself during the campaign repeatedly suggested the results would be rigged and that he would have to wait until after the election to decide whether he would "accept" them.