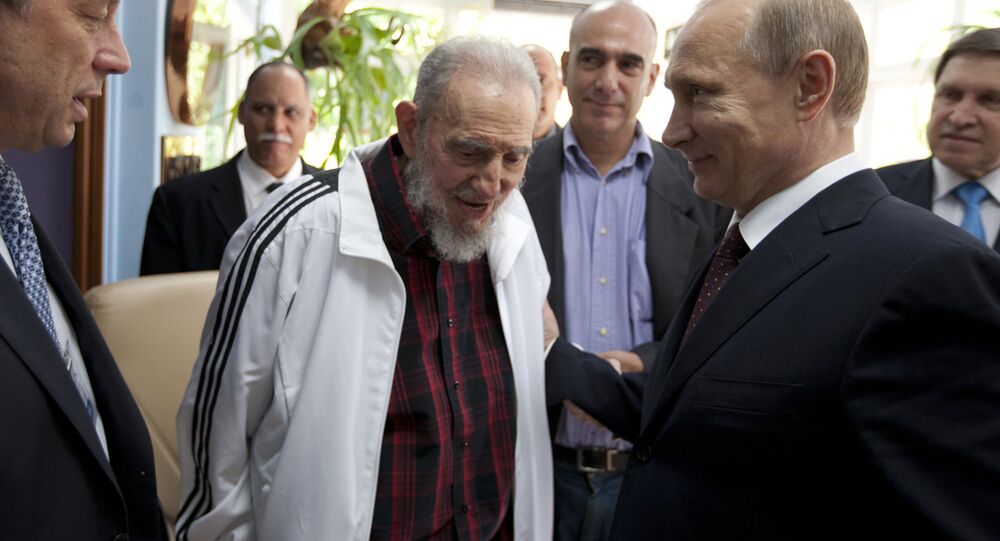 Russia and Cuba will maintain the level of strategic partnership even after the death of Cuban revolutionary leader and former president Fidel Castro, a senator in Russia’s upper house of parliament said Saturday.

MOSCOW (Sputnik) — Castro died at age 90 late on Friday. His death was announced by his brother and current Cuban President Raul Castro on state TV earlier on Saturday.

"Russia and Cuba have been strategic partners historically, they had been of such nature during Fidel Castro's rule, and this would be maintained after his death," Vadim Tyulpanov, the chairperson of the Council of the Federation Committee on the House Rules and Parliamentary Performance Management, told RIA Novosti, adding that Castro's death marked the end of an epoch.

© AP Photo / Javier Galeano
Fidel Castro's Death Loss to Humanity - Russian Lawmaker
He added that the current Cuban leader continued the policy of his brother, including in the issues of relationship with Moscow.