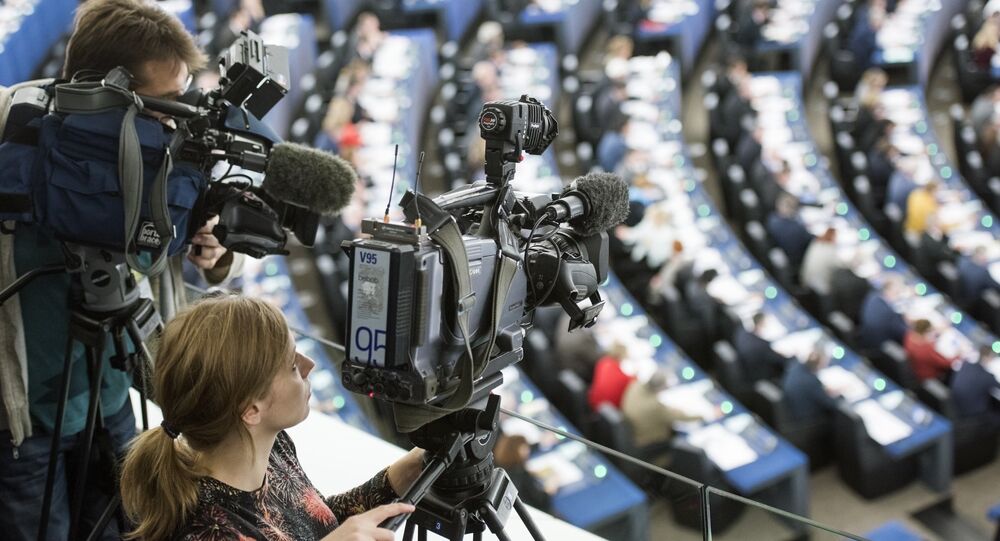 © Sputnik
Asia Journalist Association: EU Resolution Violates Principle of Press Freedom
MOSCOW (Sputnik) — On Wednesday, the European Parliament voted in favor of a resolution on countering Russian media outlets, such as Sputnik and RT. Out of 691 lawmakers taking part in the vote, 304 voted in favor of the resolution, 179 voted against it, and 208 abstained. Therefore, less than half of the lawmakers supported the resolution.

“Instead of fighting for a diversity of opinions and the absolute freedom of media in any part of the world, the resolution of this kind regarding an editorial line or journalistic profile of a broadcaster or agency only ties their hands and imposes a particular point of view,” Caggiani said.

He added that the primary responsibility of the European Parliament was to defend democracy, and the lack of pluralism in mass media threatened such a key democratic principle as the freedom of speech.

© Flickr / fliegender
When Propaganda Backfires: 'Europeans Tend to Admire Putin, Rather Than Hate Him'
Russian President Vladimir Putin, commenting on the adoption of the European Parliament’s resolution on Russian media, congratulated RT and Sputnik journalists on effective work and stressed that this resolution indicated apparent degradation of the concept of democracy in the Western society. Putin also expressed hope that common sense would prevail and that there would be no actual restrictions against the Russian media.

Parlasur is the Mercosur bloc's legislative body. Mercosur, founded in 1991, is a sub-regional economic bloc that includes Argentina, Brazil, Paraguay, Uruguay and Venezuela.

Growing Support for European Whistleblowers in Fight Against Corruption