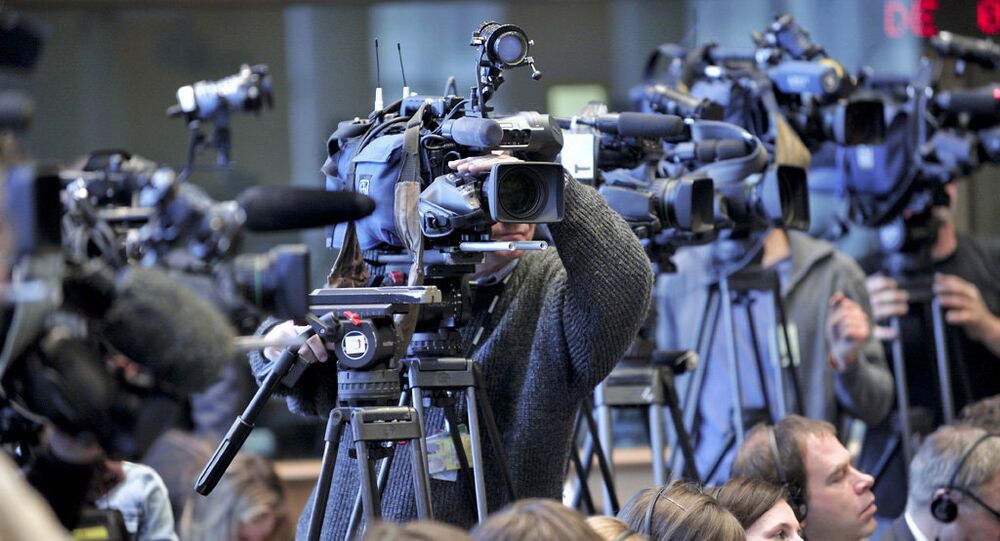 Japanese independent journalist slams EU Parliament over adopting controversial resolution against “hostile propaganda” of Russian media, saying it was another maneuver in the information war waged against Russia by the West.

On Wednesday the European Parliament approved a resolution against “anti-EU propaganda.” The resolution puts Russian media outlets such as Sputnik and RT in the same basket as Daesh and Al-Qaeda, drawing a direct parallel between journalists and jihadists. The resolution has outraged many journalists, officials and regular citizens in Russia and throughout the world.

Japanese independent Journalist Sakai Tanaka, who previously worked in the Kyodo news agency, told Sputnik Japan that the EU Parliament’s resolution was a part of a larger information war against Russia, the latest round of which began amid the US presidential elections.

“Some media outside of the USA, such as Russia's Sputnik and RT, were fast to point out those facts which were distorted by American media. So the establishment is trying to discredit them,” Tanaka concluded.

The journalist said that European political elites are getting more inclined to follow the line of the USA within the framework of its traditional anti-Russian policy.

“The EU Parliament acted as the US puppet when proposing and adopting this resolution. They fought for the States in the information war,” Tanaka said.

He expressed hope that Sputnik and other Russian outlets will continue to provide their objective coverage and overcome this biased and hostile relation.

“Japanese public’s knowledge of Russia’s stance on such acute political issues as Russo-Japanese relations is very limited. And it is limited on purpose, because Japan’s approach to news coverage of such topic is very selective,” Fesyun said.

“Japan’s leading media are establishment media that all write very similar articles. They might differ in style, but not in their message,” Fesyun added.

He stressed that every country has its official media which broadcasts its official position. It is important that people in any country should have an opportunity to learn different points of view in order to form their own opinion. Russian media do not want to silence European or American or Asian media, they just want to have their right to speak.

Resolution Against Russian Media: 'This is Beyond the Pale'