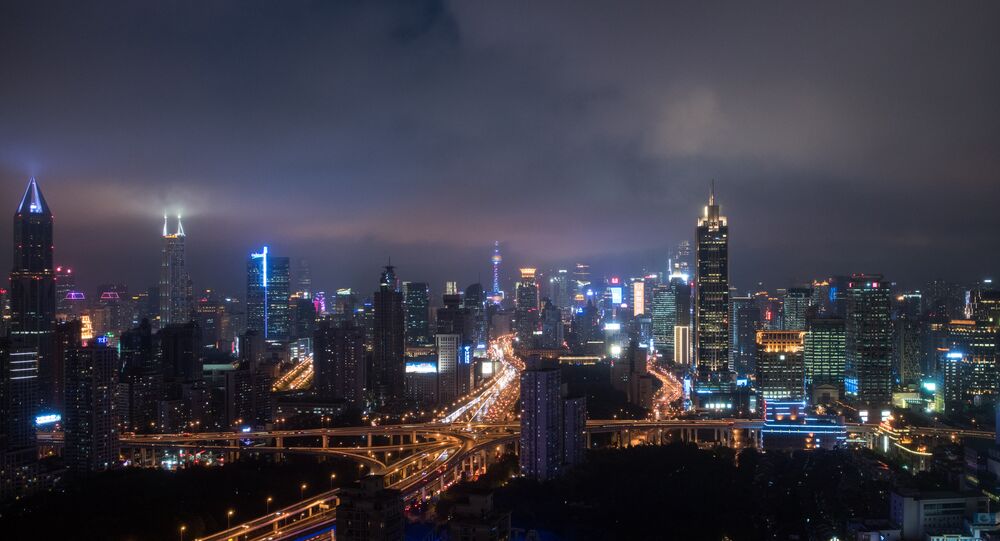 China's model of economic development has proven especially effective over the last 30 years. Beijing's "success story" has called into question the idea of the preeminence of the Western-type economic model, Russian academic Andrey Korneev told Sputnik, highlighting the significance of the EEU and One Belt, One Road projects integration.

© Flickr / Trey Ratcliff
Trump's Asian Pivot: 'US to Jump on One Belt, One Road Bandwagon'
Over the last 30 years the People's Republic of China (PRC) with its indigenous model of economic development has turned into one of the most influential global powers. In light of this the China-led One Belt, One Road project has taken on a new significance.

China' astonishing rise casts a shadow over the postulate of the preeminence of the West's  economic model, Andrey Korneev, deputy director of the Institute of Asian and African Studies of Moscow State University, remarked in his interview with Sputnik.

In the course of the meeting the attendees discussed the analytical report "China's Global Project for Eurasia."

"Predictably, the issue of combining Beijing's One Belt, One Road project with the Eurasian Economic Union (EEU) was of most interest to Russian experts. We can agree with the conclusions made by the authors of the analytical report that the creation of the EEU and its further rapprochement with China has taken on a new significance for Russia — which realizes itself as part of Great Eurasia — and its foreign policy," Korneev told Sputnik, commenting on the event.

© CC BY 2.0 / Bullion Vault / gold bar on coins
Gold Yuan: Post-Dollar World Order Emerging in Eurasia
According to the academic, Russia's formation as an independent center of the world's politics depends a lot on the successful implementation of EEU and One Belt, One Road's initiatives.

Furthermore, these new approaches will help Moscow solve the strategic task of the country's modernization and economic growth, he added.

Korneev underscored that China's One Belt, One Road project has also got a geopolitical dimension. The US and its allies increasingly perceive China as a serious challenge.

"The rapid economic development of China has forced many to call into question the West's fundamental postulate that an efficient economy and the concomitant prosperity are possible only when a nation recognizes the preeminence of the 'Western path' and follows it," the Russian academic pointed out.

© AFP 2020 / JOHANNES EISELE
Ready for 'Showtime': China Becoming Center of Global Financial Activity
However, the economies of China, the US and EU have become so interdependent that in the event of political frictions between Beijing and the West, it will be extremely difficult for the latter to take measures against PRC, similar to those adopted against Russia, the academic said.

According to Korneev, many Chinese experts see the US' Asia Pacific policy as the main obstacle in the way of China's rise. They point to the fact that Washington regards Beijing as its major competitor and tries to contain and encircle China, fanning the theory of a non-existent "Chinese threat."

These developments have forced China's President Xi Jinping to shift the country's foreign policy focus from "defense" to diplomatic "offense," the academic noted.

In this context the "Silk Road Economic Belt" and the "21st Century Maritime Silk Road" (One Belt, One Road) initiatives have become a step toward the revitalization of China's foreign policy, he explained.

"China offers its own concept of economic development — a viable alternative to the West's model — to a number of Asian nations. They need to create a common framework for the economic and, perhaps, political future of the region. We can say that Beijing proposes a concept of co-development, backed by significant financial resources, to these countries," Korneev told Sputnik.

Remarkably, on the sidelines of the meeting Xi Jinping highlighted the need for China-Russia cooperation under the APEC framework in order to boost global economic growth, CCTV reported.

Commenting on the event, a private intelligence firm, The Soufan Group, emphasized that China's sustainable economic growth and increasing political influence could lead to "major strategic implications in the coming decades."

The intelligence firm also called attention to the fact that the strategic reach of both China and Russia "is growing beyond their traditional spheres of influence."

"The prospective decline of US geo-economic power in Asia — coinciding with a massive increase in Chinese economic initiatives abroad — could have major strategic implications in the coming decades. While the US may be stepping back from economic integration, China has advanced several geo-economic initiatives, such as the 'One Belt, One Road' initiative, meant to solidify and expand its strategic position in Asia," the report reads.