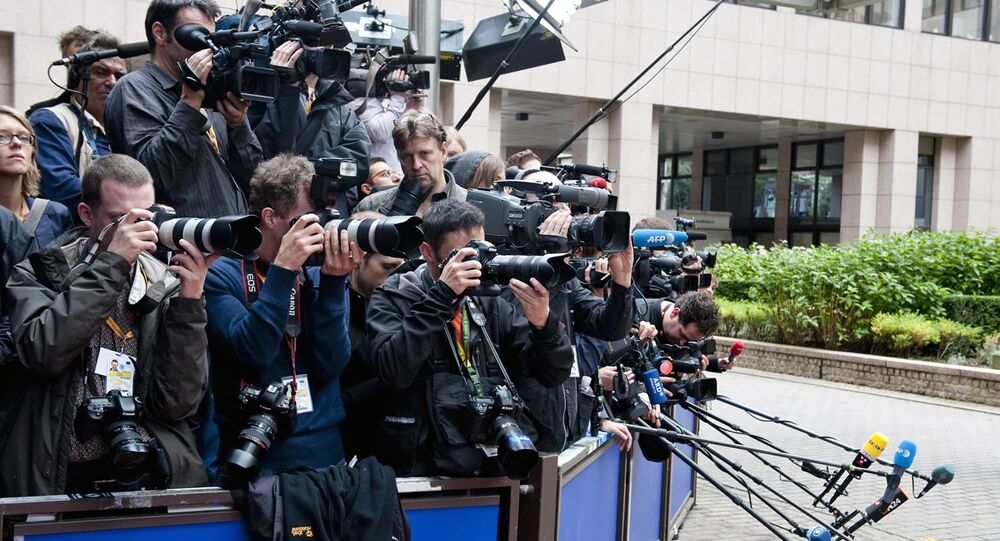 Foreign political analysts and journalists have slammed the recently adopted draft resolution of the EU parliament, which equates what it calls "Kremlin propaganda" with that of Daesh, however calling it "the best recognition" of the two Russian media outlets mentioned in the document and noting the inability of the Western media to compete.

© Flickr / European Parliament
Western Media 'So Impotent, It Needs EU Parliament's Protection' From Russian Counterparts
Serbian politician Bosko Obradovic, founder and current president of a Serbian right-wing political party Dveri has written an open letter to the editor-in-chief of Sputnik Serbia Ljubinka Milincic where he said that Serbian politicians were not surprised by the "disgraceful resolution" of the European parliament.

"The EU is only sinking deeper into totalitarianism, destroying the national, cultural and economic independence of European nations. Any attempts to stifle the freedom of speech and the right of people to have information should be regarded as part of this totalitarian project, which, luckily for all European nations, is coming to an end," reads the letter.

The politician further elaborated that such a document is a blatant violation of human rights and freedom of speech.

In a separate comment on the adopted document, Czech political journalist, former correspondent of Czechoslovakia radio in the USSR Jan Petránek noted that it is not Russia who is threatening Europe, but it is the European Union itself which has become a threat to the European mentality as it is not realistic in appraising current developments.

The reason for the panic, he suggested, is that Brussels is simply unaware what policy Donald Trump is going to pursue when he gets into the White House. What is he going to do after his announcement to reset the relationship with Russia.

"The EU might be concerned that such a reset will steal away its adversary. So there are some unusual steps being taken," he suggested.

© Sputnik / Evgeny Biyatov
Journalists Praise Russian Media, Slam EU Resolution as 'Part of War Against Russia'
"I am neither a Russophobe nor a Russophile, I am a realist," he told Sputnik.

"I am absolutely convinced that the European Parliament is being de-facto ruled by Angela Merkel. For me, she is a person who has lost any common sense. She should step down from power, as she has turned Germany into a kind of "Germanistan", a state which is threatening the psychiatric health of Europe," he said, noting that with such actions as the adopted draft resolution, the European Parliament is only dissociating the European Union.

Dragan Pajic, Program Director of Radio Television of Serbia (RTS), told Sputnik that such a document is the "best acknowledgment of Sputnik and RT's achievements" as the Western media is unable to compete with the two outlets without the assistance of the politicians.

Meanwhile Marko Milačić, a well-known Montenegrin journalist told Sputnik that in the "best traditions" of the European subservience to Washington, Europe has spat on its legacy, which it won throughout the centennial fight for professional journalism and freedom of speech.

He "expressed condolences" to European journalistic values noting that such a resolution is directed not against propaganda, but rather against Russian media and, even more, against the whole country.