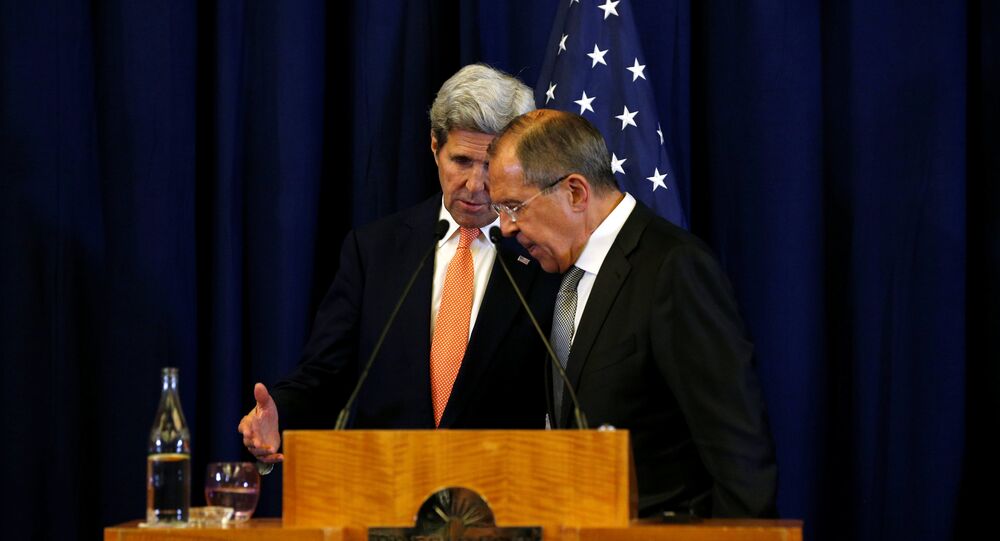 Lavrov and Kerry discussed the normalization of the situation in eastern Aleppo controlled by militants, including al-Nusra Front terrorist group.

"The sides continued the discussion of the ways to resolve the Syrian conflict, including the strict implementation of the UN Security Council's resolution on resumption of intra-Syrian reconciliation talks without any preconditions, as well as the normalization of the situation in eastern Aleppo, where illegal armed groups, led by al-Nusra Font, have entrenched," the ministry said in a statement.

© AFP 2021 / KARAM AL-MASRI
Syrian Armed Forces Urge Militants in Eastern Aleppo to Distribute Food Supplies
Over the recent months, Aleppo has been a major battleground in Syria, engaging government forces, jihadists, and numerous opposition groups. Eastern Aleppo is held by militants, encircled by government forces, and the fighting has affected thousands of civilians still trapped in the city.