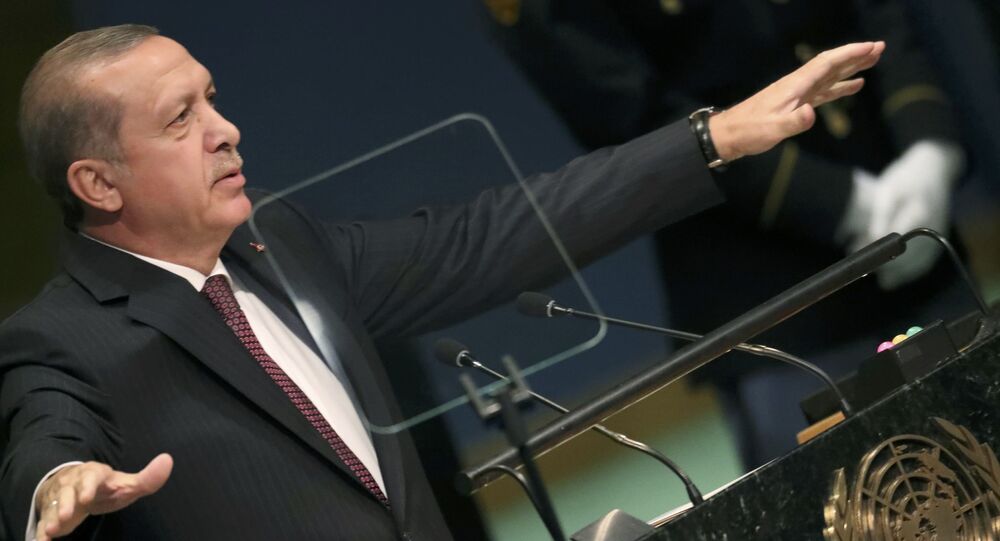 EU Not the Only Option, Turkey Discusses Accession to SCO - Erdogan

The EU membership is not the only option for Turkey, the country's leadership discusses possible accession to the Shanghai Cooperation Organization (SCO) with Russian President Valdimir Putin and Kazakhstan’s leader Nursultan Nazarbayev, Turkish President Recep Tayyip Erdogan said on Sunday.

"Brexit can spread, such voices are heard from France, Italy. Under these circumstances, Turkey should feel calm. One should not say that the European Union is the only option. Why Turkey cannot become a member of the SCO? I talked about it with Putin and Nazarbayev. Turkey's participation in the SCO will give us more freedom of action in this regard," Erdogan told the Turkish reporters on the flight back after his official visit to Uzbekistan as quoted by the Sabah newspaper.

The Turkish leader said that the process of normalization of relations with Russia after the November 2015 downing of a Russian aircraft by Turkey over Syria was going forward.

"The relations with Russia we have now are good. Everything cannot happen overnight. On December 5-6, our prime minister [Binali Yildirim] will visit Russia, while in the first quarter of 2017 the High-Level Russian-Turkish Cooperation Council will be held. High-level visits are continuing."

Turkey 'Tired of EU Uncertainty and Pressure' During Accession Talks

Ankara ‘Fed Up’ With EU Attitude Toward Turkey's Accession to Bloc