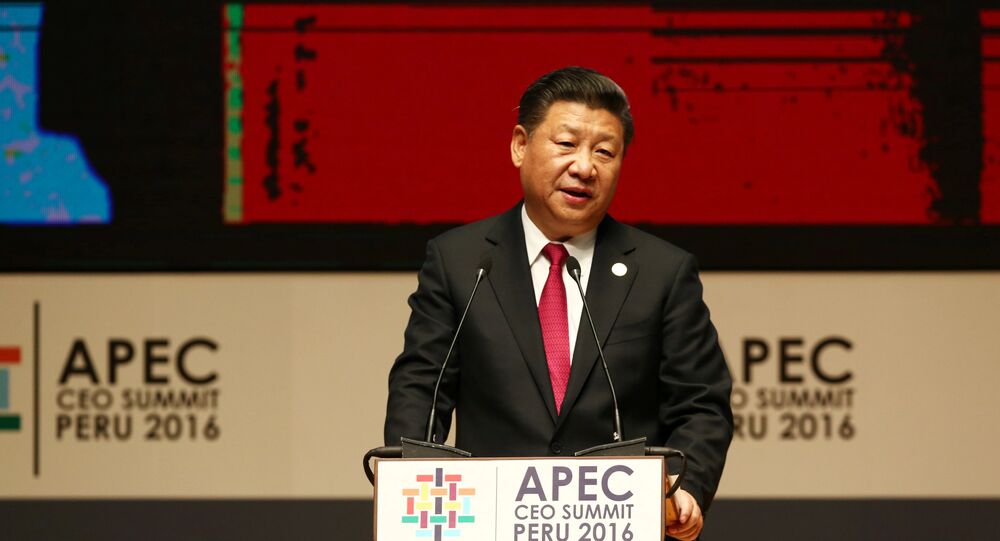 From Xi’s point of view the free trade area will be an institutional guarantee for opening economies of the APEC countries, the Xinhua news agency reported.

The president said that the Asia Pacific region should play a leading role and seek new paths for global growth.

He also said that China was going to expand foreign investment access to its market and to offer more capital, products and business opportunities for other nations.

The Chinese leader pointed out that Chinese economy was steadily growing contributing more than 25 percent to the world economic growth in recent years despite difficulties and challenges it faced.

Peru has been hosting APEC's all-year-round meetings that culminating with the economic leaders' summit in Lima on November 19-20. The APEC leaders are expected to work out a strategic vision and guidelines for economic cooperation in the Asia-Pacific region for 2017, which will be laid down in the Lima declaration.