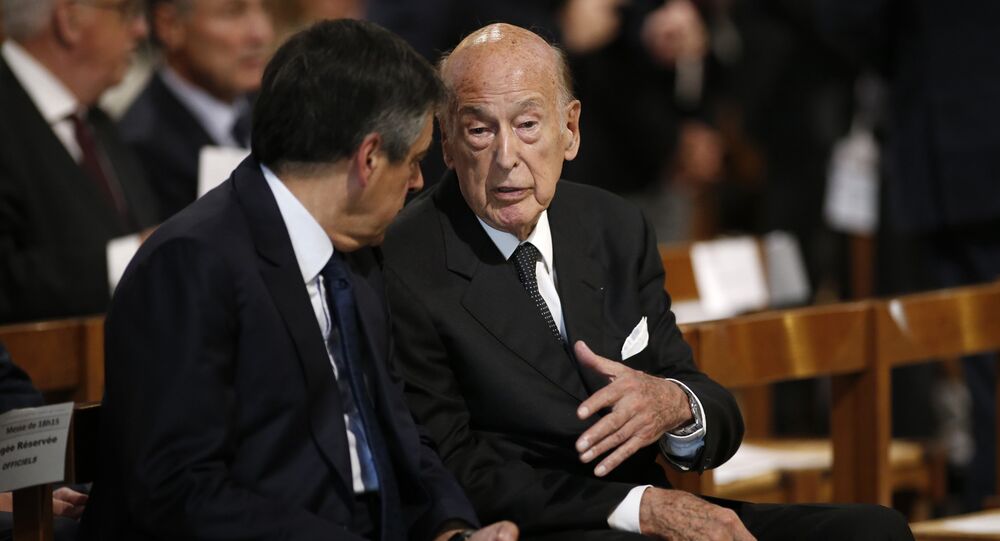 Former French President Valery Giscard d'Estaing called French former Prime Minister Francois Fillon "serious and honest" and expressed support for him as candidate from the Republican Party to run for presidency in the April 2017 elections.

"Francois Fillon is serious and honest. He believes in what he says and he will fulfill his promises," d'Estaing said as quoted by Le Figaro newspaper.

According to polls, Sarkozy and Juppe are considered to be the front-runners among the contenders, though Fillon's successful performance during three rounds of debates has helped him to reduce the gap to a minimum.

The Republicans are supposed to select their candidate on November 20. The French presidential election is scheduled for April 2017.