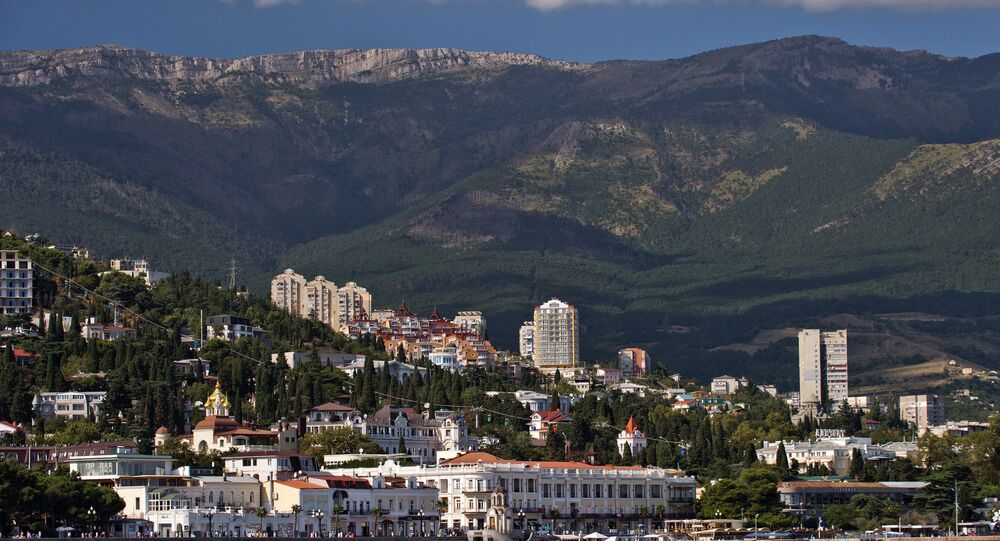 “We have met today in the [Russian] State Duma with French National Assembly member Marion Marechal-Le Pen. … We spoke, among other issues, about strengthening good relations between our nations. For my part I invited the colleagues to visit Russian Crimea,” Poklonskaya wrote on Facebook.

She added that during the meeting, which was held on Thursday, the lawmakers had also agreed to discuss a joint project that would symbolize friendship between Russia and France.

© Sputnik / Iliya Pitalev
'It's Time for Trump to Keep His Pledges on Recognition of Crimea Referendum'
Russia's historical southern region of Crimea rejoined the country after a 2014 referendum. Almost 97 percent of the region's population voted for reunification in a referendum. Sevastopol, which has a federal city status, supported the move by 95.6 percent of votes.

In total, over 60 delegations from dozens of countries have visited the southwestern Russian region of Crimea this year, including ones from Italy, Jordan and many other nations, defying Western restrictions. The French delegation of lawmakers led by lawmaker Thierry Mariani visited Crimea twice, first in July 2015 and in the same month the following year.