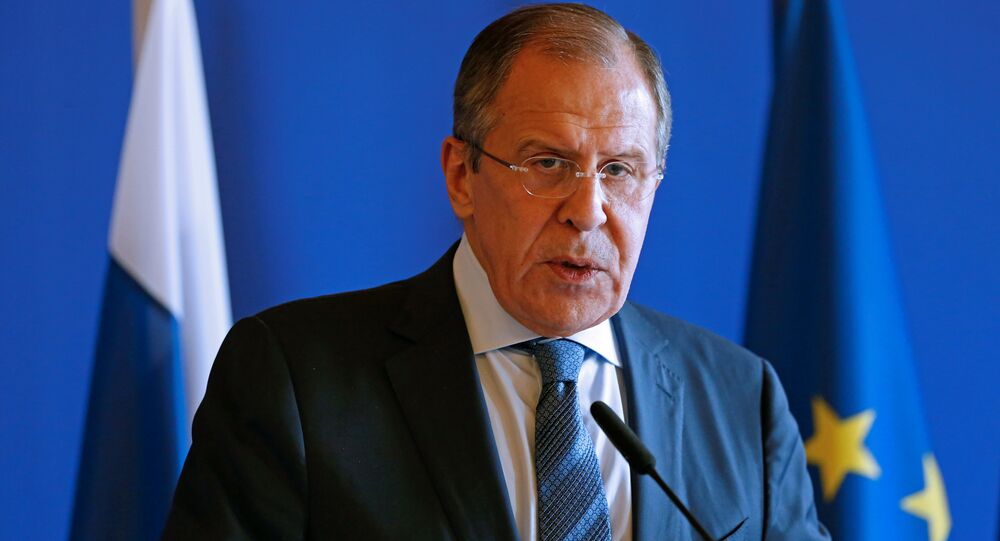 "The establishment of a new polycentric world order is being accompanied by a rise in volatility, with increasing risks of terrorism and extremism, regional conflicts, and migration crises. Information warfare is being waged to undermine sovereign states," Lavrov cautioned.

Writing in an article circulated by media in the Asia-Pacific region ahead of the Asia-Pacific Economic Cooperation (APEC) summit in Peru this weekend, Lavrov stressed that unilateral financial and trade sanctions, imposed without UN mandate, prevented the global economy from getting back on track toward balanced growth.

© Flickr / Simone Ramella
What Kind of Monster is Daesh? New Committee to Deal With Extremism in Italy
The fallout effect from these trends on APEC countries has been mitigated by its significant technical and financial potential, Lavrov said, "but the rising weight of challenges will obviously affect long-term outlooks for growth."

Peru has been hosting APEC’s all-year-round meetings that will culminate with the economic leaders' summit in its capital city of Lima on November 19-20.

Putin: Syria Anti-Terrorism Experience Should Be Introduced Into Training