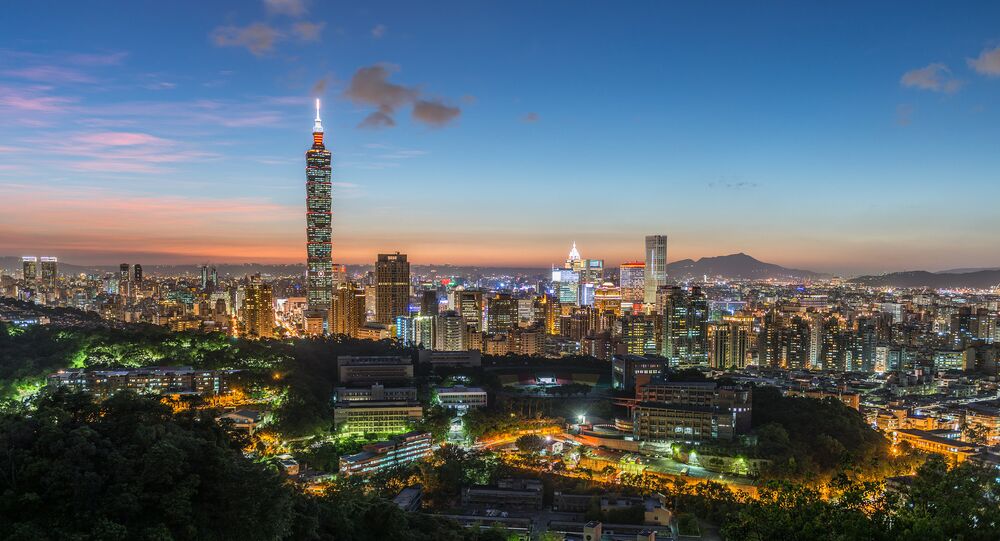 China hopes that new US President-elect Donald Trump’s administration would respect the "One China" principle regarding Taiwan, spokesman of Taiwan Affairs Office of the People's Republic of China (PRC) State Council said on Wednesday.

BEIJING (Sputnik) — According to Ma Xiaoguang, long-term strong and stable relations between China and the United States correspond to the fundamental interests of the two nations.

"The issue of Taiwan is the most important and sensitive issue in relations between China and the United States, and we hope that the new US government will strictly stick to the principle of 'One China' policy, as well as to the three communiques signed between China and the United States over Taiwan," Ma was quoted as saying by China News Service.

US recognition of the "One China" policy is outlined in the three communiques, signed by the two sides between 1972 and 1982.

© CC BY 2.0 / David Hsieh / Taipei City
What's Behind China's 'Hawkish Rhetoric' Towards Taiwan
Both the PRC and the Republic of China (ROC), widely known as Taiwan, claim sovereignty over Chinese territory. The dispute arose after nationalist Kuomintang (KMT) forces retreated to the island of Taiwan, as the Communist forces gained control of mainland China, in 1949. The KMT has remained a major party in Taiwan to this day.

On January 16, the KMT was unseated by the Democratic Progressive Party (DPP), which secured a majority in Taiwan's legislature as well as winning the presidential vote. DPP presidential nominee Tsai Ing-wen won with over 56 percent of the vote, and is set to become the country's first female president in May. The DPP rejects the PRC's claim over Taiwan, instead supporting Taiwanese independence.

China in Close Contact With US President-Elect Trump's Team

China Will Retaliate if Trump Imposes 45% Tariff on Chinese Imports