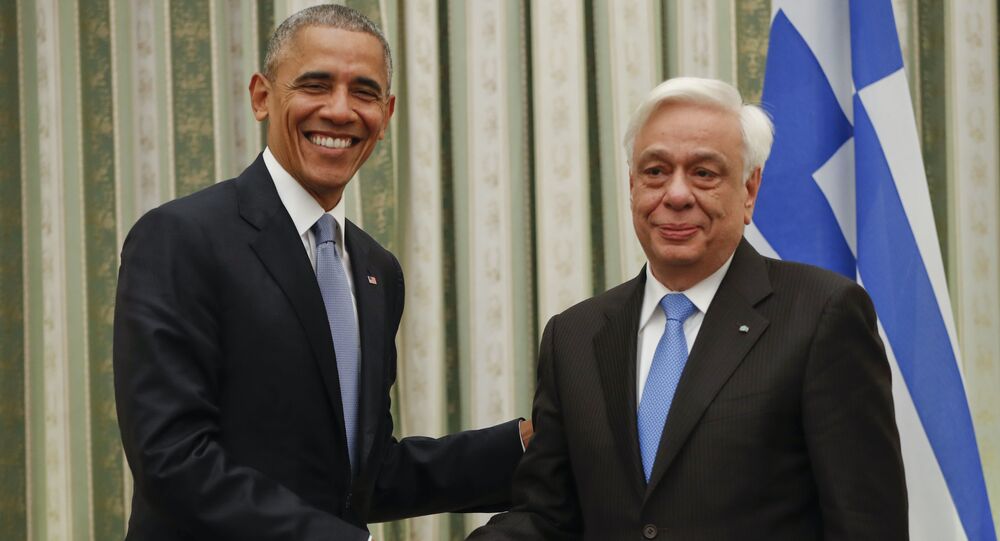 US, Greece Have ‘Unwavering’ Relationship Through NATO Alliance - Obama

The US-Greek relationship is strong and unwavering through both nations’ membership in NATO, US President Barack Obama told Greek President Prokopios Pavlopoulos in Athens on Tuesday.

© RIA Novosti . Alexei Bogdanovsky
Obama Expected to Demand Greece Close its Ports to Russian Warships
WASHINGTON (Sputnik) — Strong NATO is "of the utmost importance" and the US-Greek relationship is "unwavering" across presidential administrations, Obama said, according to a pool report released by the White House.

Pavlopoulos said he was optimistic that President-elect Donald Trump would "continue on the same path" as the Obama administration.

US allies have expressed concern about Trump's commitment to NATO following critical remarks he made during the presidential campaign.

Greece’s Souda Naval Base houses the NATO Maritime Interdiction Operational Training Center as well as US Navy installations in support of the Europe, Africa and Central Commands.

Obama is in Greece as part of his final foreign trip, which also includes stops in Germany and Peru.

US Hardly Transfer Yaroshenko to Russia Before Obama Leaves