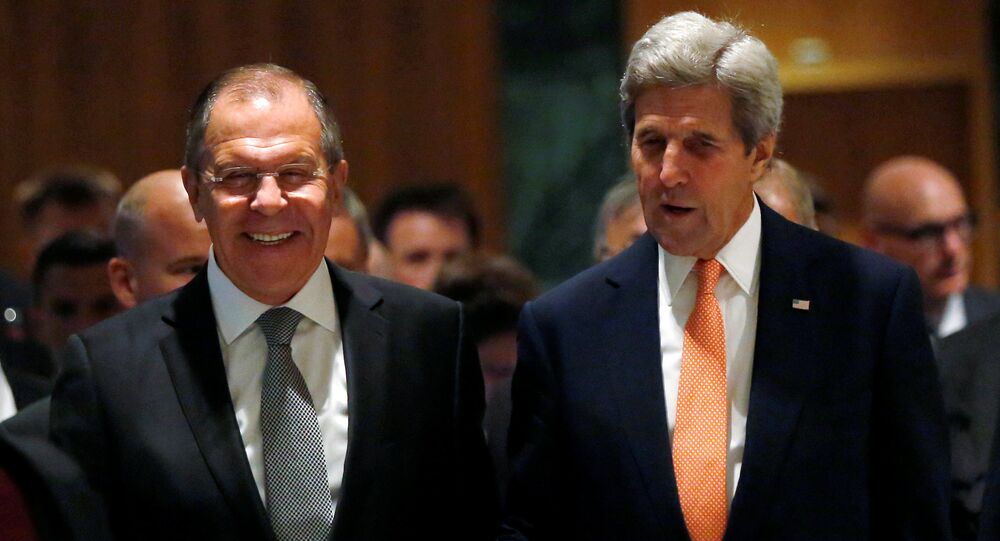 Lavrov, Kerry Could Meet on the Sidelines of APEC Summit

© REUTERS / Kevin Lamarque
Lavrov Tells Kerry Militants Refuse to Help Resolve Situation in Aleppo
MOSCOW (Sputnik) — The last meeting between Lavrov and Kerry was held on October 15 in Lausanne, when they discussed Syrian crisis settlement together with UN Special Envoy on Syria Staffan de Mistura and foreign ministers of Qatar, Iraq, Iran, Turkey, Saudi Arabia and Egypt. The participants of the talks have failed to reach a consensus over how to renew the ceasefire regime in the crisis-torn country.

"This meeting is not excluded," the source said.

The APEC is the leading Asia-Pacific economic forum with 21 member states, the aim of which is support sustainable economic growth and prosperity in the region.

A creation of Free Trade Area of the Asia-Pacific (FTAAP), which would include all APEC states, is one of the main topics on the agenda of the summit.