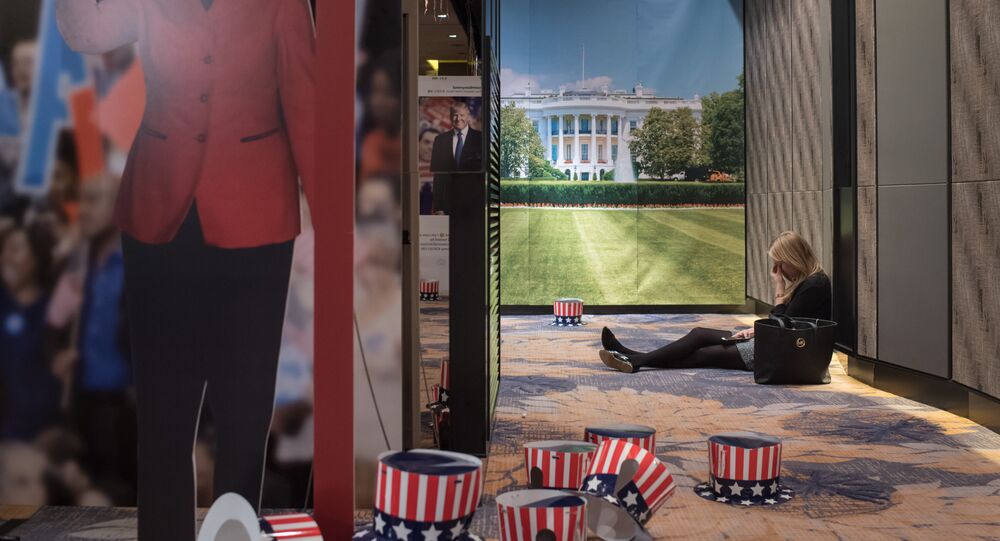 Hillary Clinton has said that she blames FBI Director James Comey for her stunning loss in the US presidential election last week.

Talking to major donors to the Democratic Party that made her its nominee, she said Comey's controversial October announcement that the FBI had re-opened its investigation into her emails lost her votes.

"There are lots of reasons why an election like this is not successful," Clinton reportedly said in the phone call, the International Business Times reported. However, "Our analysis is that Comey’s letter raising doubts that were groundless, baseless, proven to be, stopped our momentum."

The FBI concluded an investigation into Clinton’s handling of classified information on a private email server in July with the recommendation that no charges be filed. On October 28, Comey announced in a letter to Congress – a highly unusual move that was criticized but not blocked by the US Justice Department – that additional emails had been found and the investigation had been reopened.

Two days before the election, he announced that the FBI had found no reason to change its original recommendation of no charges.

In the phone call on Saturday, her first extensive remarks on the subject since conceding defeat after the election, Clinton said her team had worked up a memo analyzing the shifts in opinion polls leading up to the election and determined that Comey's letter had been a turning point, Reuters reported. Her team believes his decision to publicly reopen the investigation lost Clinton support in crucial states in the upper Midwest.

President-elect Donald Trump took the key state of Wisconsin and is expected to take Michigan in the final vote count, which is not yet concluded. Neither state had supported a Republican candidate in nearly three decades.

The team also found that, though Clinton was once again cleared, the outcome only aligned with Trump's allegations that Clinton was protected by a rigged system that allowed the politically powerful to operate with impunity. White suburban undecided women voters were particularly impacted and shifted to Trump, her team said, according to the New York Times.

After the two bombshells, Clinton said, the campaign was hurt but kept pushing.

"We were once again up in all but two of the battleground states, and we were up considerably in some that we ended up losing,” she said, according to the New York Times. "And we were feeling like we had to put it back together."

The memo found that all was going swimmingly, and then "everything changed in the last week." Voters who decided in the last week went to Trump at a ratio of 47-42, and the split was even more lopsided in battleground states, it found. More than a week before the election, the ratio was reversed, with late deciding voters going to Clinton 49-47.

It also suggests that Green Party candidate Jill Stein took votes from Clinton, saying that fewer than 110,000 votes made the difference in the race and that Stein won at least 130,000 in three crucial states – though not enough to cover the margin for Clinton in those states, it acknowledges.

The memo finds that Clinton "won the economic debate, addressing the anger and frustration many Americans felt about wages and good-paying jobs." Their data finds that 52% of voters in exit polls said the economy was their biggest concern, and that those voters favored Clinton by a 10-point margin.

However, the campaign never galvanized young people the way President Barack Obama's did: NPR reports that 8% of 18 to 29-year-olds voted "third party or other" in this election, compared to 3% in 2012. And Clinton, though she looks poised to win the popular vote, got 5 million votes fewer than Obama did in 2012. Latinos and black voters also did not come out for Clinton in the same numbers as they did for Obama.

The late-breaking undecided voters may have lost her the race in the end, but they might not have mattered had she reached the Democratic bases previous nominees did.

The New York Times reports that some donors on the call, all of whom had raised at least $100,000 for the campaign, were frustrated by Clinton's continued refusal to take personal responsibility for the loss or to acknowledge the damage done by their candidate's highly paid Wall Street speeches, by her decision to use a private server in the first place and by their inability to find a way to connect with a skeptical white working class.

According to the campaign memo, "In the end, late breaking developments in the race proved one hurdle too many for us to overcome."