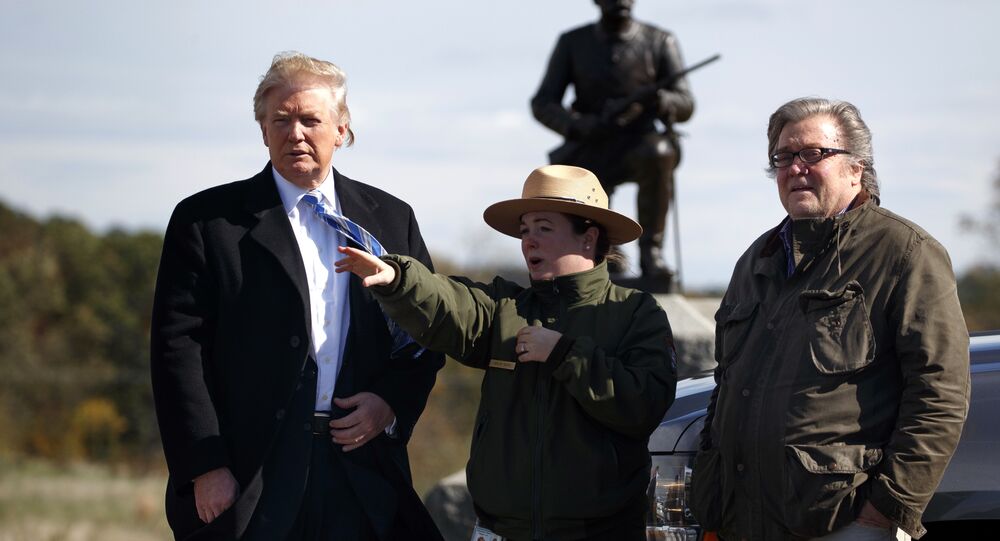 Reince Priebus, Steve Bannon to be Part of Trump Administration

The president-elect's transition team has come together over the past week, and speculation is rife about who the iconoclast Republican will call to serve with him.

"It tells you a great deal about President Trump that both of those men are to have important roles or senior roles in this administration," Conway said Sunday, The Hill reports.

The day before, Conway said both would have "big roles" in the administration, as would everyone on the core senior team of the campaign.

"I will say this though, I think having worked with him and known him, Steve Bannon in this particular campaign was the general. And he is much more the Goldman Sachs managing partner and the naval officer than people realize. That is a big part of his background," she said, Breitbart.com reported.

Bannon, chair of the right-wing Breitbart News, became Trump's campaign CEO in August. Priebus is the chair of the Republican National Committee.

Both are seen as strong contenders for Trump’s White House chief of staff. Conway would not say Sunday when the final decision would be made.

"You can’t just appoint novices. You have to have people who know what they’re doing. This is an administration that is going to run very differently than typical Washington," she said, according to The Hill.