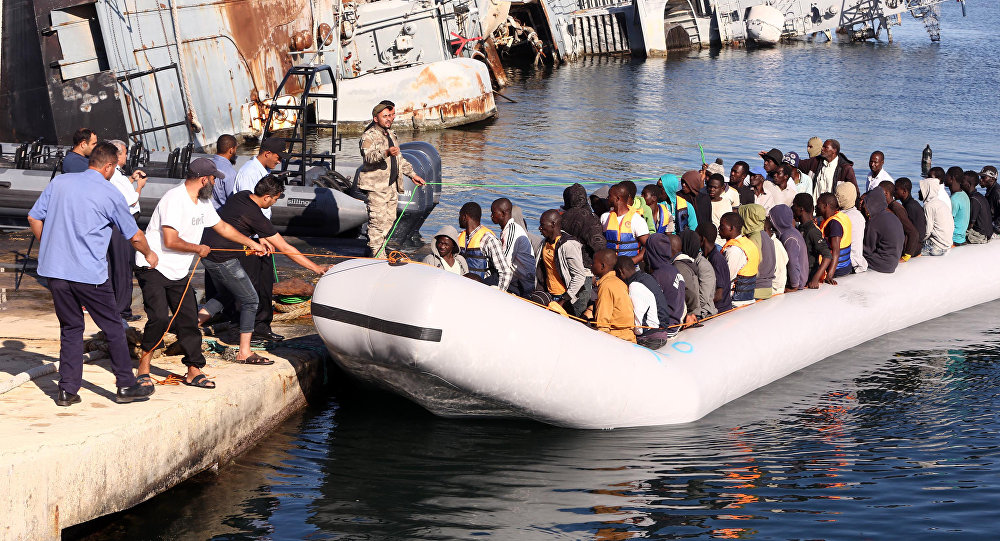 Germany has urged developed countries to support a plan aimed at increasing economic growth in Africa and slowing down the flow of migrants from the continent to Europe.

Radio Sputnik discussed this initiative with Gonzalo Fanjul, co-founder of the research and journalism foundation porCausa, who in the last decade has been actively involved in research and policy initiatives related to global migration.

According to the expert, the EU is "pursuing a path that is extremely dangerous" by trying to implement this plan into practice. Although the plan is actually supposed to curb migration inflows, in fact it could have the completely opposite effect.

"What is this German ‘Marshall Plan' is proposing (…) is misleading. I think it is going to be completely unsuccessful. It has nothing to do with curbing migration," the expert told Sputnik.

However, the new initiative is likely to contribute to the growth of migration from African countries, rather than decreasing it. The money which the EU is planning to invest in the continent will help the African countries to develop and thus trigger migration even further.

"Only when Africa reaches a certain level of development will they be able to take the financial and personal risks of going abroad in big proportions,"Fanjul said. "This means basically that whatever we do in order to increase aid in a short-term perspective, it is going to put people closer to that launch point. So, we are actually going to help them to migrate: the only way to develop is to use a series of instruments, part of which is migration," he added.

© AP Photo / Kerstin Joensson
Sending Migrants Back to Africa Should Be Mulled on EU Level - German Interior Ministry
The expert also noted that curbing the intensity of migration is very much linked to the level of income of the country.

"Only when countries reach a certain level of development (about 5,000-8,000 dollar per capita per year) they actually migrate massively," Fanjul said.

Such trend could have been seen throughout history in developed regions or in regions in the process of transition, like Asia and Latin America, the expert concluded.

The new plan was developed by the Club of Rome think tank and the Senate of the Economy business network. It was presented to German Minister of Economic Cooperation and Development, Gerd Müller, in Berlin on Friday.

The new program is seen as a "Marshall Plan for Africa" in parallel to the US investment into Western Europe in the aftermath of World War Two. The approximate cost of the initiative is 120 billion dollars.