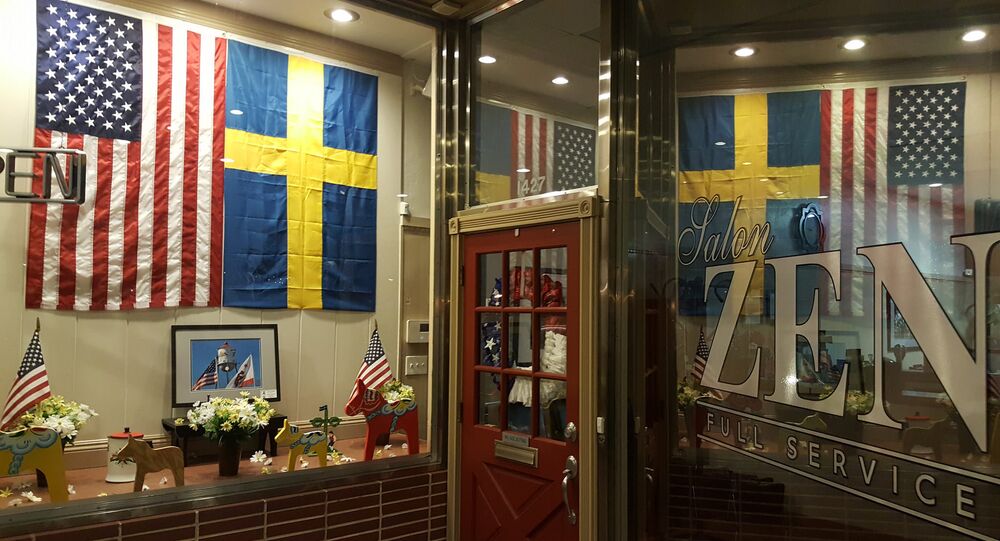 Swedish Prime Minister said that Sweden has been prepared for Donald Trump's victory in US presidential elections and will cooperate with a new US administration in promoting international security.

© REUTERS / Andrew Kelly
Trump’s Victory to Lead to Better US Relations With Russia – Serbian Lawmaker
STOCKHOLM (Sputnik) – Sweden has been prepared for Donald Trump's victory in US presidential elections and will cooperate with a new US administration in promoting international security, Swedish Prime Minister Stefan Lofven said Wednesday.

"This is an election outcome that many people feel concerned about but that we have prepared for. Sweden has a long tradition of cooperation with US governments, regardless of party political affiliations, and the Swedish Government will contact the administration that takes office at an early stage to safeguard Swedish and European interests, and to promote global security and stability," Lofven said, as quoted in a Swedish government statement.

Earlier in the day, Trump won the US presidential elections despite most opinion polls predicting his defeat to Democratic Party nominee Hillary Clinton. Trump got 276 electoral votes against Hillary Clinton's 218 votes out of 270 needed to win.

As Trump's impending victory became apparent, Lofven said he preferred Clinton as a Trump presidency caused some concern, but stressed that Sweden would strive to have good relations with the United States regardless of who was elected. In August, the center-left politician said that US-Swedish relations might deteriorate in case of a Trump presidency despite Sweden's efforts.

S Korean President Hopes for Strengthening of Relations With US

Spanish Government Congratulates Trump on Being Elected US President