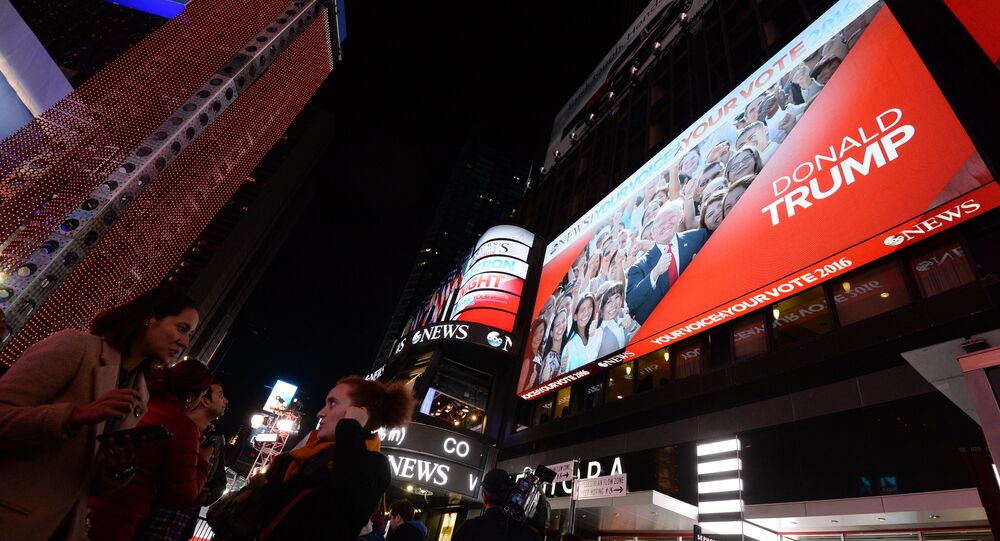 © REUTERS / Mike Segar
'What a Great News, Democracy is Still Alive' - Hungarian PM on Trump's Victory
MOSCOW (Sputnik) — Republican candidate Donald Trump’s victory in the US elections is likely to give a boost to leader of the French far-right National Front party Marine Le Pen, who is set to run for president in France's 2017 elections, a Hungarian member of the European Parliament told Sputnik on Wednesday.

“It [Trump’s victory] will be a significant boost for Marine Le Pen,” Gyorgy Schopflin, who is also a member of Hungarian ruling party Fidesz, said.

“It turns out that more and more people disagree with it… It is an indication that it is time for the left-liberal hegemony to rethink its epistemology,” Schopflin suggested.

The lawmaker also stressed that Trump winning the election was another sign that polling companies could not be trusted.

France will hold presidential elections in April and May with most polls showing Marine Le Pen will win more support than any other politician in the first round of the election, thought she is likely to lose in the second round run-off, as polls suggest.

Spanish Government Congratulates Trump on Being Elected US President

Japan to Work With Trump to Promote Peace in Asia-Pacific