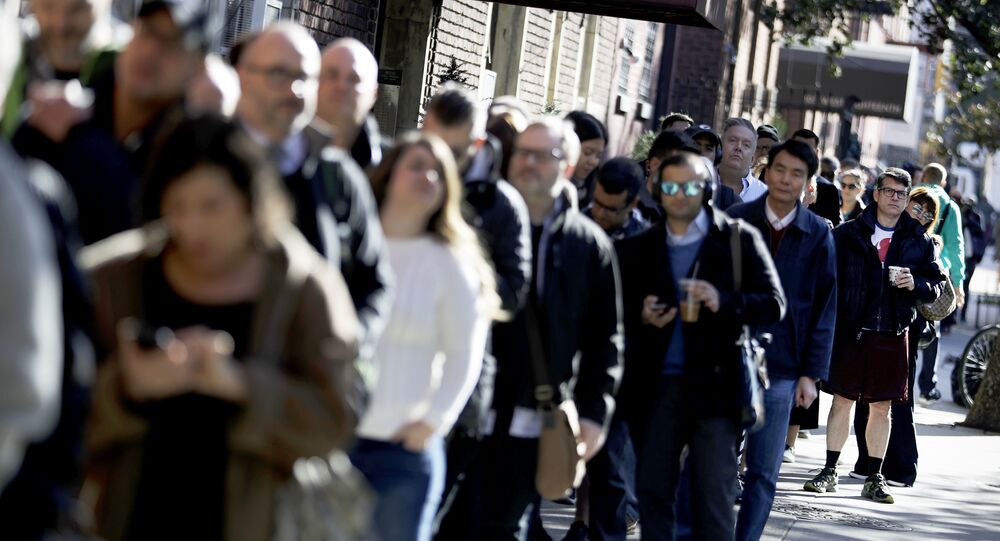 Amid Fraud and Intimidation Claims, Issues at the Polls Are Rather Mundane

Despite countless preemptive claims of fraud and intimidation lawsuits, most people who turned out to the polls on Tuesday were faced with the usual problems experienced during election day: long lines and technical issues with voting machines.

Election officials in Utah reported malfunctioning voting machines in the state’s southern region, and thousands of people who have not yet voted could be affected as poll workers were forced to furnish paper ballots.

Election clerks at a Houston high school had to direct voters to a voting site two miles away after a computer in the polling place began malfunctioning. According to John Oldham, Fort Bend County Elections Administrator, the defective device was removed and voting was able to resume as usual.

Andrea Patience was one of about a hundred people who were standing in line when the computer broke down, and said that about half of the people grew impatient and left.

"There were a lot of upset people," she said, "I don't know if they will come back later or decide not to vote."

Photos of long lines stretching down sidewalks in places like Washington DC, Boston, Pennsylvania, New York, Virginia, and Columbia, South Carolina, have been springing up on social media as well.

Republican presidential nominee Donald Trump has repeatedly claimed that the election is "rigged" in favor of his opponent Hillary Clinton, and in October he said that "Voter fraud is all too common..take a look at Philadelphia, what’s been going on, take a look at Chicago, take a look at St. Louis. Take a look at some of these cities, where you see things happening that are horrendous," and encouraged his supporters to monitor polls.

Democrats have leveled lawsuits in several states over the last week seeking to put a stop to the possible intimidation of non-white voters by Trump supporters. Ohio Democrats sued the Ohio Republican Party and the Trump campaign, alleging that the controversial billionaire has “made an escalating series of statements, often racially tinged, suggesting that his supporters should go to particular precincts on Election Day and intimidate voters,” according to the Toledo Blade.

US President Barack Obama derided Trump’s statements at a news conference, remarking, "I have never seen in my lifetime or in modern political history any presidential candidate trying to discredit the elections and the election process before votes have even taken place."

As of 11 a.m. Tuesday, national voter helpline officials with Election Protection received some 63 reports of possible voter intimidation, though Philadelphia police say they have not received any such reports.

Another issue in this election is that it’s the first in decades to be conducted without key provisions of the Voting Rights Act being enacted. In 2013 a 5-4 decision by the Supreme Court invalidated the section of the law dictating that areas with a history of prejudice must have Justice Department approval before changing voting law. This has allowed conservative-led states like Texas to shorten early voting and enact discriminatory voter ID laws.