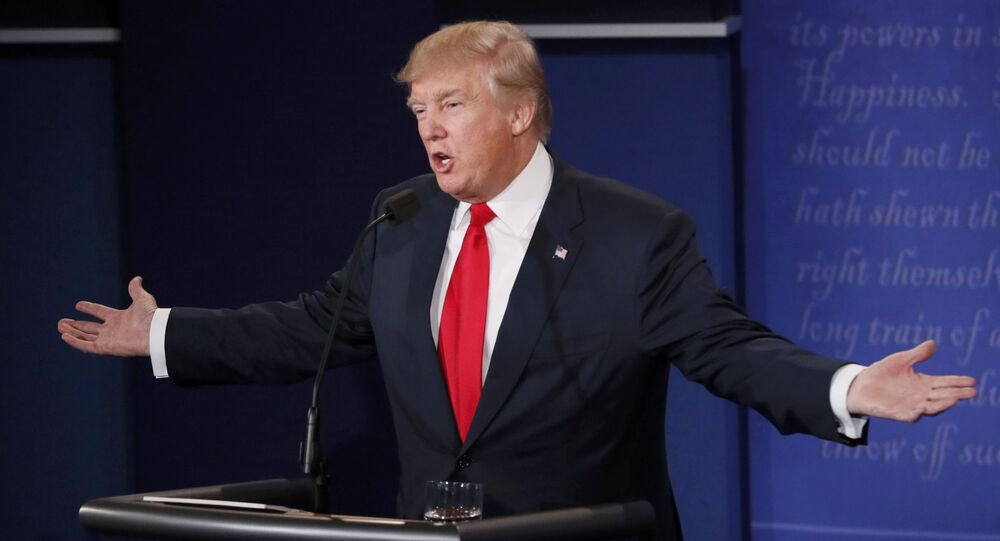 On Tuesday, November 8, the US presidential election will enter its final phase, with more than 120 million Americans expected to cast votes. German President Gauck is, however, worried about the results of the US election and Republican candidate Donald Trump's "unpredictability" in particular.

In an interview with German magazine Spiegel Online, Gauck expressed his anxiety about the upcoming election.

"When I look at Washington, I am worried," he told the magazine.

Gauck is particularly anxious about the prospects of Donald Trump's possible victory in the race for the White House. According to the politician, Trump's "unpredictability" worrys him the most.

"We can't say what could be expected from a President Donald Trump," Gauck told the magazine. "To me, and to many people in the United States and here at home, this constitutes a problem."

According to the Washington Post and ABC News, 48 percent of respondents are likely to vote for Hillary Clinton, while 43 percent will vote for Donald Trump.

According to a Sputnik Polls survey conducted by the polling and research company Ifop and commissioned by Sputnik News Agency and Radio, the majority of people in France (56 percent), Spain (55 percent) and Italy (53 percent), as well as 50 percent of Germans, 47 percent of Polish people, and 36 percent of British people would like to see Hillary Clinton as the next US president.

A fairly large share of Europeans, however, do not support either candidate: 46 percent in Great Britain (compared to just 36 percent who support Clinton), 40 percent in Germany, 31 percent in Spain, 30 percent in Italy, and 26 percent in both France and Poland.