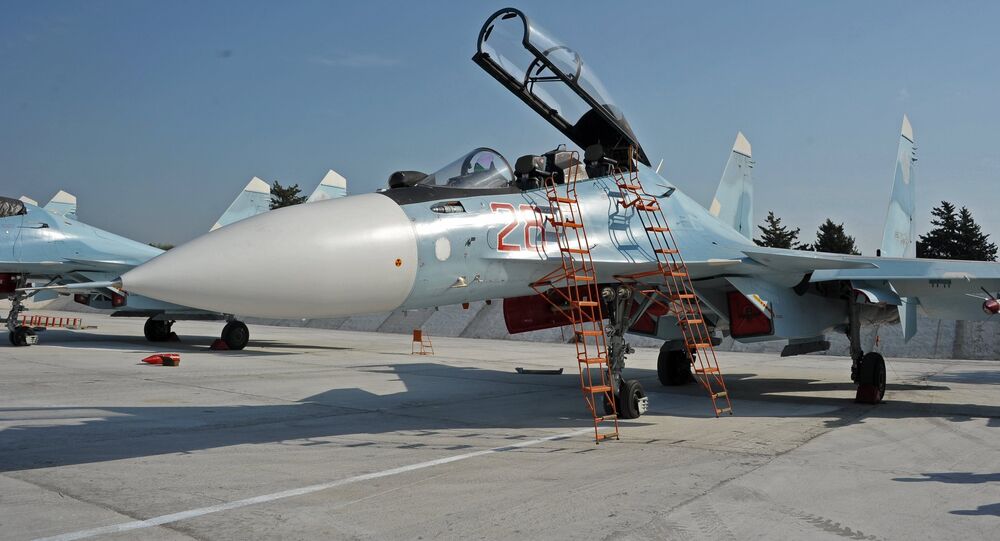 The United States Department of State was "insulted" by a comparison between the situation in Aleppo, Syria versus Mosul, Iraq where a US-led coalition is conducting a military operation. However, such an approach seems to be rather biased and aimed to discredit the Russian operation in Syria.

"I’ve seen comments by the Russian foreign ministry, in fact, I think Foreign Minister [Sergei] Lavrov in particular about how it’s the same. And it's absolutely not the same, and to compare the two is frankly insulting," Kirby said.

Kirby added that aerial strikes in Mosul are very accurate and the coalition makes every attempt to avoid civilian casualties.

"And this is it! After airstrikes at a hospital in Kunduz, an attack on Syrian forces near Deir ez-Zor and other attacks on civilians, Washington says its aircraft are now conducting surgical strikes in Mosul. This is too good to be true," Russian journalist Vladimir Bychkov wrote for Radio Sputnik.

© Wikipedia / Wmeinhart
German Magazine Uses Daesh Propaganda Video to Show All is Well in Mosul
Recently, Spiegel Online magazine tried to provide video evidence to the State Department’s claims about the differences between the Aleppo siege and the Mosul operation.

"Eastern Aleppo has been cut off from the outside world for months. There is no help coming to the city. People are starving. There is no drinking water, a lack of electricity. In Mosul, the situation is different at the moment. The city can receive supplies; people have water, electricity, enough food. Nobody was starving to death there yet," political editor of Spiegel Online Crystoph Sydow said.

To prove his words, the journalist referred to video footage showing that the situation in Mosul is not as bad as one probably imagined. But it turns out that the footage he used was a Daesh propaganda video.

The picture created by Western media about "peaceful life in Mosul" was nearly ruined by the United Nations. The organization expressed concern that airstrikes in Mosul are killing civilians.

"However, those concerns have not turned into any actions or decisions," Bychkov noted.

© REUTERS / Goran Tomasevic
Mosul vs. Aleppo: US' Approach to the Operations 'Biased', 'Non-Objective'
The journalist also underscored that international organizations and human rights activists have not reacted to the fact of civilian casualties in Mosul.

By defending its tactics in Mosul and bashing Russia’s actions in Syria, the US continues its blatantly biased policy toward Moscow, said Andranik Migranyan, a political science professor at the Moscow State Institute of International Relations.

"We’re used to remarks by US officials, especially from the State Department and the Pentagon, on Russian and coalition airstrikes. It’s obvious. So, Kirby’s words should be taken with irony. Because, over the recent days, Russia has received information from reliable sources that the US and allied aviation is bombing civilian districts of Aleppo," Migranyan told Radio Sputnik.

The analyst reminded about allegations against Russia over "barbaric" airstrikes in Aleppo. The allegations have not been solidified with evidence. Moreover, they were spread mostly by terrorists.

"Claims about airstrikes in eastern Aleppo come from the terrorists and then they are distributed in Western media. Those allegations have not been proved with facts. Moreover, the Russian Foreign Ministry has said Moscow is ready for an investigation based on facts. Unfortunately, our partners continue to adhere to their biased approach and want to discredit the Russian operation in Syria," he concluded.