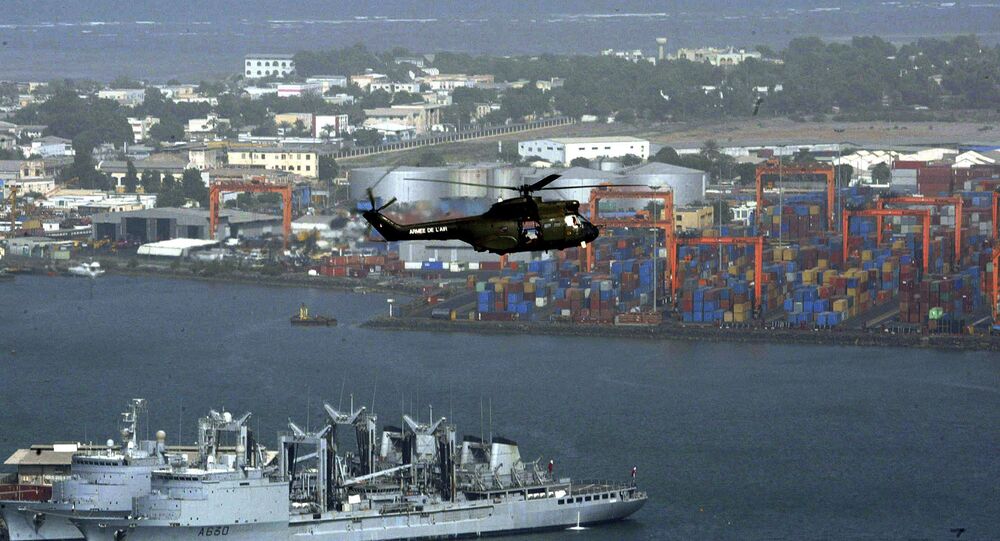 Tokyo plans to expand its outpost located in Djibouti to counterbalance China's rising influence in the region at a time when Beijing is constructing its first overseas military base in the small African nation and spending tens of billions on regional investment projects, London-based researcher Rob Edens wrote for the National Interest.

Japan is reportedly intent on leasing an additional plot of land adjacent to its 30-acre military base in Djibouti, as well as deploying Lockheed C-130 Hercules transport aircraft, Bushmaster Protected Mobility Vehicles and extra troops. The nation has stationed 180 soldiers at the site since 2011.

The analyst referred to these developments as a "surprise decision," adding that it "should be seen within the context of Tokyo's growing desire to engage with the African continent and counterbalance China's aggressive behavior in the South China Sea and elsewhere."

© REUTERS / Kyodo
Tensions Boil: Beijing Accuses Japan of Endangering Chinese Aircraft
Beijing has been criticized for its land reclamation initiatives in the South China Sea, but Chinese officials and military commanders have repeatedly said that these efforts are peaceful.

Tokyo's charm offensive in Africa includes a pledge to invest $30 billion in infrastructure development, education and healthcare projects over the next three years. Japanese Prime Minister Shinzo Abe made the announcement at the latest Tokyo International Conference on African Development (TICAD 6). In addition, in 2013, Japan said that it would spend $32 billion over a five-year period in Africa.

"These generous investments serve the long term goals Japan has set for Africa: with China's economy slowing down and with many export-dependent countries feeling abandoned by Beijing – including Angola and South Africa — Tokyo is ready to fill the void," Edens observed.

© REUTERS / Issei Kato
Threat of Japan’s Self-Defense Forces Turning Into Army Strongly Exaggerated
China's financial contribution to Africa's development is impressive. For comparison: in December 2015, President Xi Jinping pledged $60 billion to the continent over the next three years. This appears to indicate Beijing's commitment to provide financial assistance to African nations despite the fact that Chinese economy has been slowing down.

There is another factor to keep in mind with regard to Tokyo's plan to enlarge its military installation in Djibouti. It will take place at a time when Abe is trying to boost the role of the country's Self-Defense Forces in Africa and elsewhere, a departure from Japan's traditional pacifist defense stance.

Not Just 'Muscle Flexing': What's Really Behind US Military Buildup in Japan