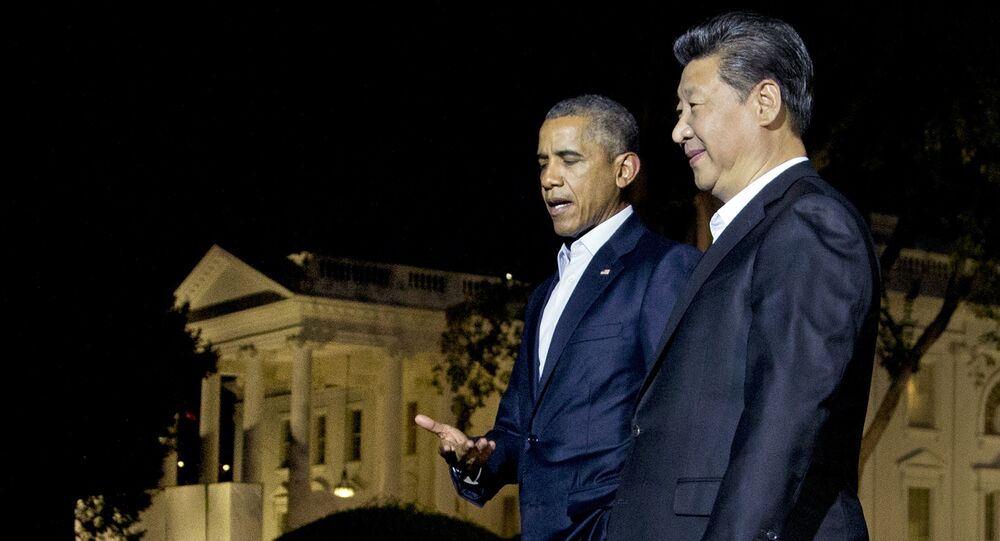 The collapse of the Soviet Union allowed the US to become the sole hegemon with the capability of influencing global affairs. In the last 25 years Washington has taken considerable efforts to shape global politics through a wide range of political, economic and military tools.

Following the collapse of the USSR, the US became the only force with the capability of dominating the entire world, Italian geographer, author and geopolitical scientist Manlio Dinucci emphasizes in his opinion piece for Voltairenet.org.

According to the scientist, the US' geopolitical activities in the last two decades should be viewed through the prism of the so-called Wolfowitz doctrine, an unofficial name given to the initial version of the Defense Planning Guidance for the Fiscal Years 1994-1999.

"Our first objective is to prevent the re-emergence of a new rival, either on the territory of the former Soviet Union or elsewhere that poses a threat on the order of that posed formerly by the Soviet Union," the document read.

© REUTERS / Wang Zhao/Pool
'Obama Lost His Pivot in Asia and Keeps Losing Ground in Syria'
"This is a dominant consideration underlying the new regional defense strategy and requires that we endeavor to prevent any hostile power from dominating a region whose resources would, under consolidated control, be sufficient to generate global power. These regions include Western Europe, East Asia, the territory of the former Soviet Union, and Southwest Asia," it stated.

Dinucci points out that over the last 25 years the US' has taken substantial efforts to maintain control over the aforementioned regions and undermine its potential rivals in Eurasia.

On its Eastern Flank the US-led NATO bloc launched an offensive against Yugoslavia which resulted in the dismembering of the federal republic; the Alliance has also absorbed one by one former Warsaw Pact members and some former Soviet republics and has moved closer to Russia's borders.

On the Southern front the military bloc has demolished the Libyan state and keeps trying to topple legitimate Syrian President Bashar al-Assad.

Indeed, in his 2003 speech delivered at the Commonwealth Club of California retired US Army General Wesley Clark recalled that in 2001 Pentagon officials considered the possibility to "attack and destroy governments in seven countries in five years" — particularly in Iraq, Syria, Lebanon, Libya, Somalia, Sudan and Iran.

© AFP 2021 / GEORGE OURFALIAN
Hidden Agenda: US' Syrian 'Regime Change' Operation as Part of 'Broader Plan'
At the same time, Dinucci continued, the Pentagon has also focused on the South China Sea — the strategic maritime route — in a bid to maintain Washington's hegemony in Asia Pacific.

In addition to its military power the US' arsenal also includes "free trade agreements," a wide range of US-backed NGOs aimed at penetrating the target countries from within, and "Psyops" (Psychological operations), kicked off through the global media chains, Dinucci emphasizes.

However, although Washington possesses a wide range of tools to exert its influence on regional players, the US' geopolitical position has weakened, French journalist and founder of Agora Erasmus organization Karel Vereycken believes.

"The ongoing tectonic shift is that most Europeans, inside or outside the EU structure, are increasingly attracted by the future-oriented initiatives of the BRICS, the Chinese New Silk Road initiative and Russia's Eurasian Economic Union. The perspective of a win-win strategy of mutual cooperation, driven by innovation and the sharing of benefits, is the only basis for a multi-polar world order and avoiding war," Vereycken highlighted in his recent interview with Sputnik.

© AFP 2021 / Mark Ralston
Rising Economy: 'US Can't Compete With China Due to Deep National Debt'
The French journalist pointed out that the Obama administration has also "lost [its] pivot in Asia and keeps losing ground in Syria."

For his part, Malaysian academic Mathew Maavak called attention to the fact that "one by one, Asia Pacific nations are seeing no economic value in being allied to the United States and they are opting out of the US geo-economic and geopolitical orbits."

"The US is not in a position to compete with China because it is now deeply backed down with national debt and deficit spending, so it is in no way able to compete with China on either an economic or financial front," the professor told Sputnik, commenting on the Philippines and Malaysia's shift to China.

No matter how hard the US has tried to implement the so-called Wolfowitz doctrine over the last two decades, the US unipolar era has come to an end.

"The US unipolar era lasted less than 25 years, its end hastened by overambitious wars and the financial crisis of 2007-08," former British intelligence chief Sir Robert John Sawers noted in his op-ed for The Financial Times, "For better or worse, we are returning to a world of great power balance."