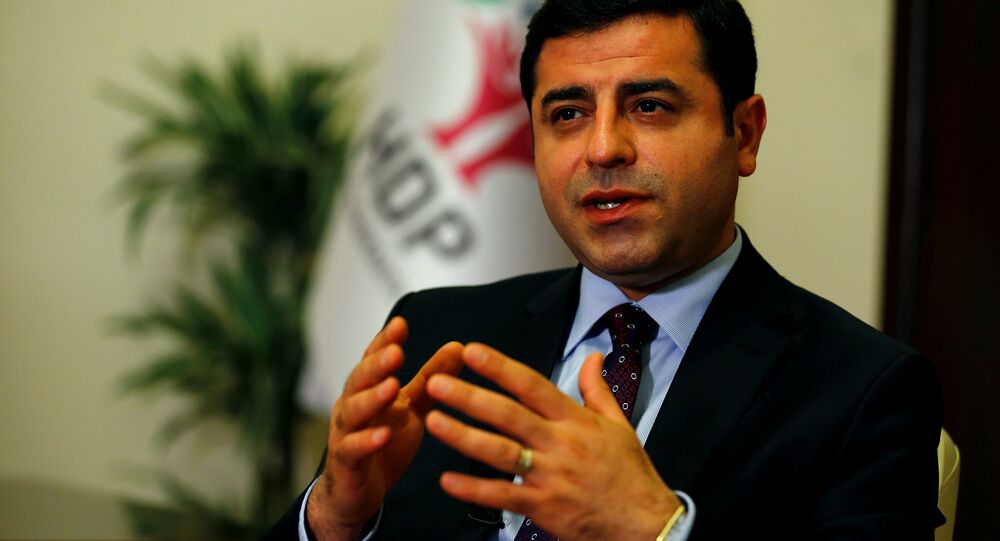 Two leaders of Turkey's pro-Kurdish opposition party have reportedly been detained, along with six party deputies.

"At night in Ankara police detained the party's chairwoman Figen Yuksekdag, the door was broken during the storming of the house," said a representative of the pro-Kurdish Peoples' Democratic Party (HDP).

"Half an hour later, [chairman] Selahattin Demirtas was detained."

At least six other HDP deputies were also apprehended as part of a "counter-terrorism" investigation, the representative added. Some reports suggest as many as 15 HDP members have been detained

Other reports suggest that the Turkish government is raiding HDP headquarters.

Also, Deputy Speaker of the Grand National Assembly of Turkey Pervin Buldan has been detained in Ankara, representative of the pro-Kurdish Peoples' Democratic Party told RIA Novosti in the early hours of Friday.

"Deputy speaker of parliament Pervin Buldan [also a member of HDP] has also been detained in Ankara," the HDP representative said.

The Peoples' Democratic Party is the third largest in Turkish parliament.

In the wake of July's coup attempt, the government of President Recep Tayip Erdogan launched massive crackdowns of those suspected of being involved.

Wall-Building: Turkey to Fence Itself Off Syria in 2017