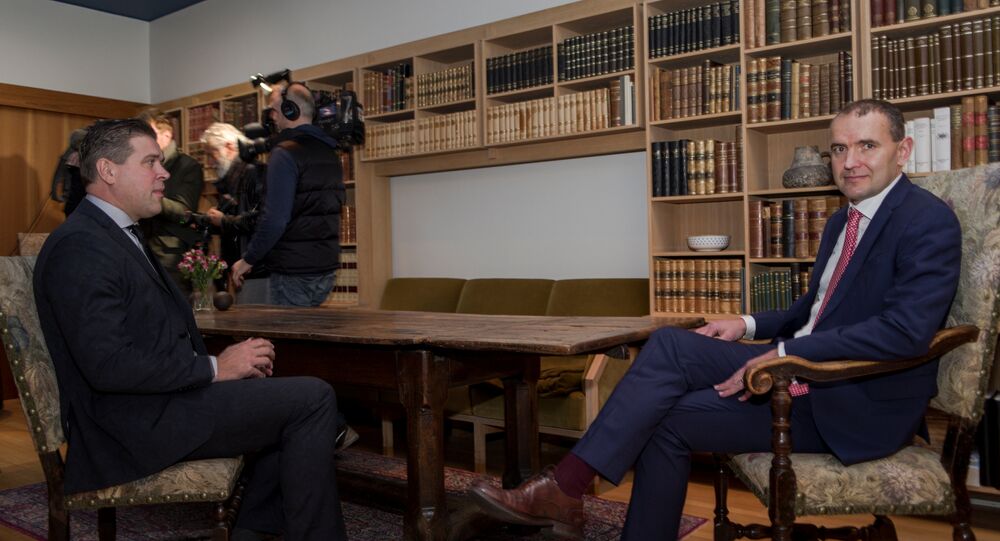 According to reports, Icelandic President announced that he had given Independence Party leader Bjarni Benediktsson a mandate to form a new government.

"The conclusion now is to give the leader of the Independence Party the mandate to form a government which enjoys majority in Alpingi [the Icelandic parliament]… It’s clear that given the current situation, this is the most viable option to succeed," Johannesson was quoted as saying by the Iceland Review magazine.

Johannesson stressed though that giving a mandate did not mean appointing a prime minister.

Benediktsson’s right-wing Independence party came on top at October 29 election, winning 21 seats in the 63-seat national parliament, but fell short of securing a majority, and therefore, has to negotiate a coalition. This is complicated by the fact that the second and third places went to opposition leftist Left-Green and Pirates parties, each controlling ten seats.

The former ruling Progressive Party received only 11.5 percent, reflecting its loss of popularity after the release of the Panama Papers revealing corruption in Prime Minister Sigmundur David Gunnlaugsson’s government.