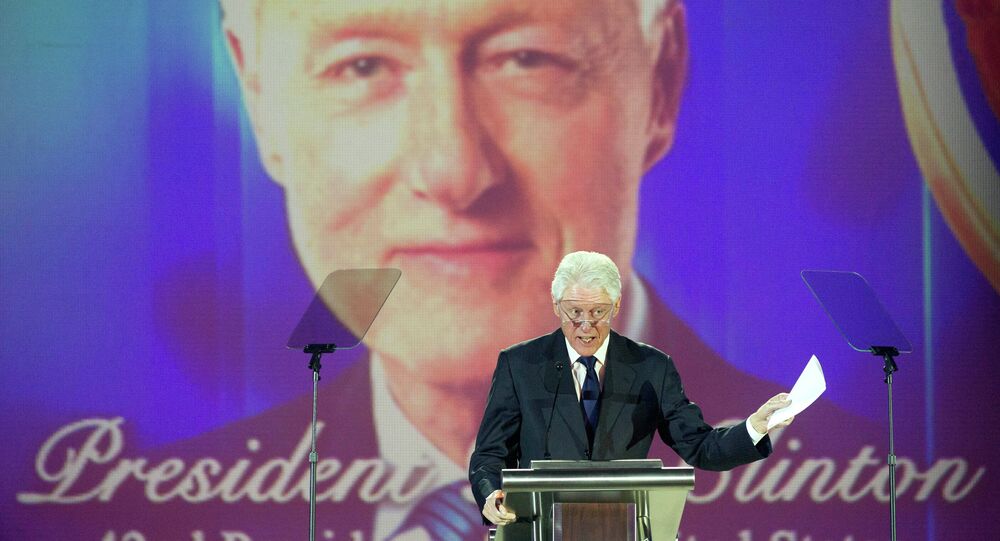 With only one week left before the US election, the Federal Bureau of Investigation has released heavily redacted files related to a 2001 investigation into the William J. Clinton Foundation.

"In accordance with the policy regarding Public Corruption investigations, the authority of the SAC is requested to open a Preliminary Investigation," one portion of the documents reads.

Both Rich and his partner, Pincus Green, were indicted on a number of charges, including mail fraud, wire fraud, tax evasion, and racketeering, and lived in exile in Switzerland before being pardoned.

"[Redacted] has been a major political donor to the Democratic Party, and these donations may have been intended to influence the fugitive’s pardon," the documents state, adding that "public records also indicate that [redacted] contributed approximately [redacted] to the William J. Clinton Presidential Foundation, a foundation to support the Clinton library.

"Pursuant to testimony provided at the aforementioned hearings, it appears that the required pardon standards and procedures were not followed."

The records were released as part of a Freedom of Information Act request, but the timing of the release is odd, especially given that FBI Director James Comey is already under fire from both Republicans and Democrats for his decision on Friday to announce the Bureau had uncovered new emails from Democratic presidential hopeful Hillary Clinton.

These emails were found as part of a separate investigation involving the estranged husband of Clinton’s top aide, Huma Abedin. The content of those emails was unknown at the time, but Comey wrote a letter to the US Congress informing them of the update in the investigation, despite warnings from the Department of Justice that doing so could have an impact on the election.

The Clinton campaign has already criticized this latest document release, with press secretary Brian Fallon tweeting that "Absent a FOIA litigation deadline, this is odd. Will FBI be posting docs on Trump’s housing discrimination in ‘70s?"

Given the nature of FOIA requests, it seems unlikely that the Bureau could not have waited until after the election to release the documents.

"FOIA officers have a lot of discretion in what and when they choose to release documents," journalist Sam Knight told Sputnik.

"Absent any indication that they had to follow a deadline, it’s reasonable to believe that the timing of this disclosure was not compelled by any legal pressure."

Clinton Blames Putin and FBI for Interfering in Election