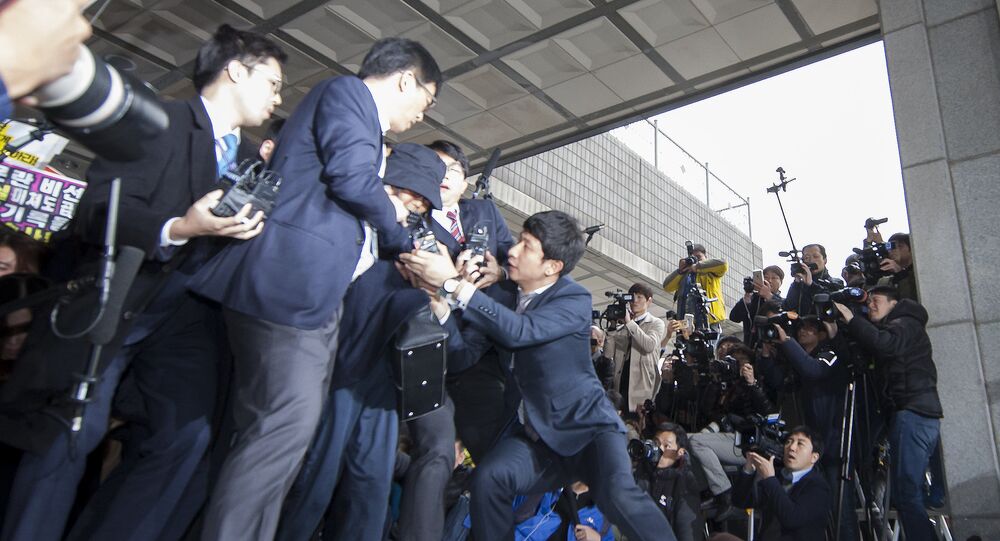 South Korean prosecutors placed a presidential associate, Choi Soon-sil, in emergency detention as she had been accused of interference with governmental affairs, and are expected to decide on issuing a warrant for her formal arrest.

MOSCOW (Sputnik) — According to the Yonhap news agency, Seoul’s Central District Prosecutors' Office had 48 hours to decide whether it would seek a warrant to formally arrest Choi, who had been questioned and put in emergency detention on Monday.

© AFP 2021 / POOL / JUNG YEON-JE
Tens of Thousands Call on South Korean President to Step Down
Choi apologized for causing the scandal, saying that she "had committed a deadly sin," the news agency reported.

On October 24, reports emerged that Choi allegedly received drafts of speeches of South Korean President Park Geun-hye before they were publicly delivered, though she had never held a public post. The revelation caused a massive anti-government protest in the country, with people calling on the president to step down.

According to reports, the level of support for Park has drastically declined in polls due to the scandal. The president's political opponents have called for parliamentary investigations, reshuffle of personnel at the Blue House, and her resignation.

Park’s term as the president of South Korea is due to end in February 2018.