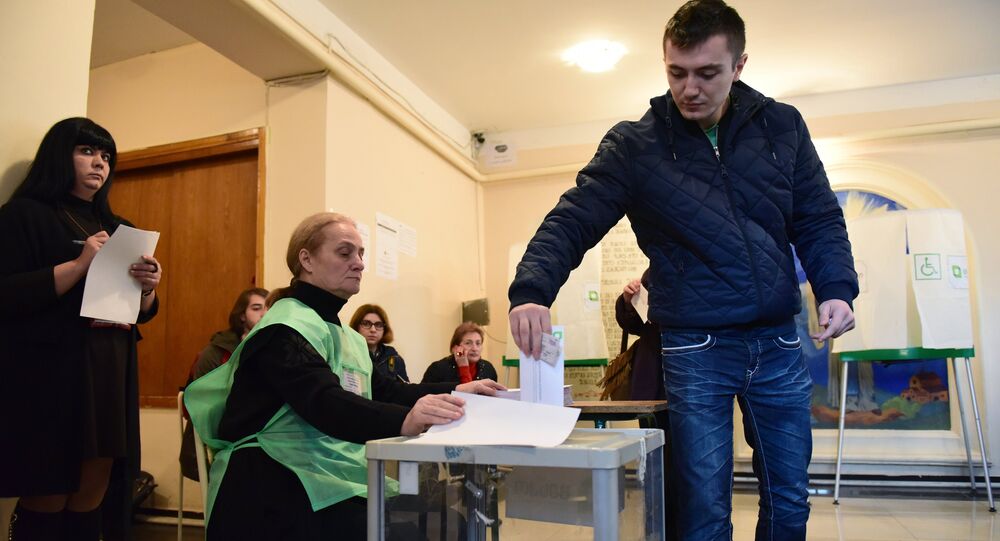 According to OSCE press release, parliamentary elections in Georgia were held in competitive environment with due respect for the rights of the candidates and voters.

© Wikipedia /
Former Georgian Foreign Minister Wins Parliament Seat - CEC
TBILISI (Sputnik) – The parliamentary elections in Georgia were held in competitive environment with due respect for the rights of the candidates and voters, the press release by the Organization for Security and Cooperation in Europe (OSCE) observer mission said Monday.

"The 30 October parliamentary run-offs in Georgia were competitive and administered in a manner that respected the rights of candidates and voters, and voting on election day was assessed positively, although issues remain related to lacking a legal framework for second round elections and complaints related to first round results," the press release said.

According to the press release, Special Coordinator and leader of the short-term OSCE observer mission Ignacio Sanchez Amor said that the second round of the elections showed that Georgian voters had the opportunity "to make informed choices about their options."

Earlier in the day, the Georgian Central Election Commission (CEC) said that the Georgian Dream Party was leading in 48 out of 50 electoral districts and would gain enough seats in the parliament to have the constitutional majority.

Second Round of Voting of Parliamentary Elections Ends in Georgia