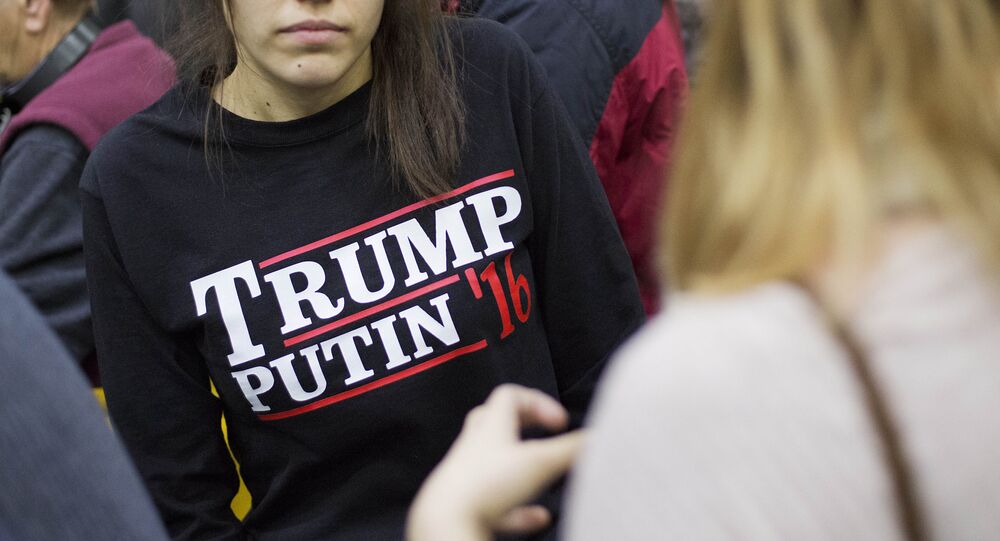 US Senate Democratic leader Harry Reid accused the FBI of covering up the information on the US presidential candidate Donald Trump's relationship with the Russian government in his letter to the FBI Director James Comey.

MOSCOW (Sputnik) — His statement came amid the controversy caused by Comey's Friday letter to the US Congress, informing its members that the bureau had found additional emails relevant to its investigation into the Democratic Party presidential nominee Hillary Clinton’s use, as secretary of state from 2009 to 2013, of a private email server.

"… it has become clear that you possess explosive information about close ties and coordination between Donald Trump, his top advisors and the Russian government…. You continue to resist calls to inform public of this critical information," Reid said.

Reid added that he asked for the information to be made public "months ago".

On October 7, the US government formally accused Russia of trying to meddle with the results of the US presidential elections. Russian top officials have denied the allegations, including Russian President Vladimir Putin, who said on October 27 that Russia did not have a favorite in the US presidential race but would cooperate with whoever wins the election and slammed the attempts to link Trump to Russia as a "simple means of political struggle, and a method of manipulating public opinion" on the eve of the election.

The US presidential elections will take place on November 8.

Trump Surges in New Poll; Now Within One Point of Clinton