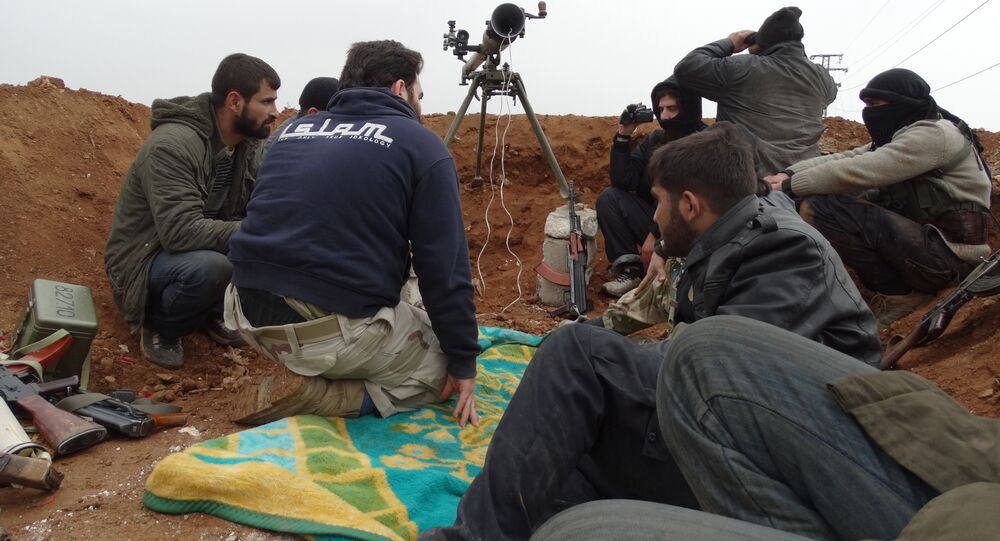 "Washington included two [Syrian rebel] groups that fight together with Daesh and 8 with al-Nusra Front in the list of the participants of the ceasefire regime in Syria sent to the Russian side. Moreover the inclusion of Ahrar ash-Sham and Nour al-Din al-Zenki cutthroats in this list completely discredites the American list," the mission said in a statement published by the Russian Foreign Ministry.

Moscow added that "it seems that the United States have not received any written obligations to respect the ceasefire from groups it controlls."

"The United States has failed to fulfill its promise given in February to separate al-Nusra Front [terrorists] and moderate opposition despite the fact that Russia has been ready to provide Washington with its maps showing areas controlled by terrorists according to our data since March."

The media campaign against Russia in media is aimed at hiding the real reasons for the failure of Russia-US deal on Syria, the mission added.

"Lately, public remarks are being used to build up anti-Russian rhetoric on the Syrian issue to discredit the role of Russia and to present our country as the reason for all Syria's troubles. Moscow is accused of allegedly putting a stake on a military solution to the conflict. The goal of this [media] campaign is clear — to cover up the real perpetrators of the ceasefire's collapse in the Syrian Arab Republic, to hide the real reasons for the failure to implement the Russia-US agreements on Syria."

The mission added that while Russia guaranteed the implementation of the agreement by the Syrian government, the US failed to convince Syrian rebels it backs to abide by the ceasefire regime. "From February to September armed [rebel] groups allegedly controlled by Washington violated truce 2,031 times. As a result, 3,500 Syrian soldiers and 12,8 civilians have been killed."

© Sputnik / Michael Alaeddin
Al-Nusra Front, Syrian Rebels Not Letting Red Cross Evacuate Wounded From Aleppo
However, Russia remains open to cooperation with its partners, including the US, on all the issues regarding the Syrian settlement, however, such cooperation should be based on equality and the implementation of own obligations, Moscow concluded.

On Friday, Moscow has unveiled a "Comparative Analysis of Russia-US Agreements Implementation" on Syria and sent it to the a range of other agencies in addition to the UN.