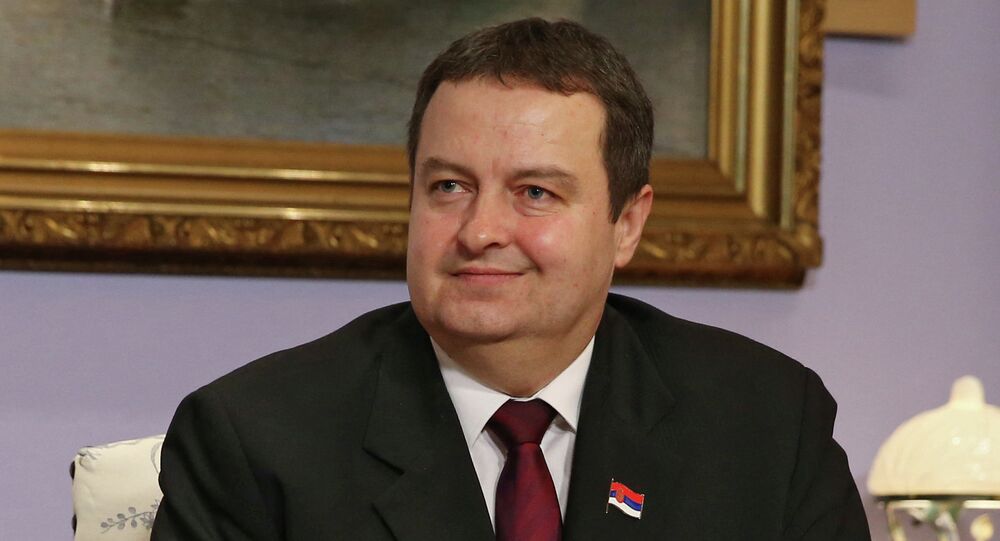 BELGRADE (Sputnik) — During his visit, apart from Dacic and Stefanovic, Patrushev is expected to meet with Serbian Defense Minister Zoran Djordjevic, and President Tomislav Nikolic. As part of the visit, Patrushev will take part in the ceremony of laying wreaths at the memorial to the liberators of Belgrade and at the monument to Soviet soldiers.

"Minister Dacic stressed that relations between Serbia and Russia are traditionally good, and are developing in the interests, and to the satisfaction, of both countries, as well as that it is necessary to provide additional incentives for the development of trade and economic relations," the Serbian Foreign Ministry press service announced, citing the first deputy head of the Serbian government.

In the afternoon, before speaking with Patrushev, Interior Minister of Serbia Nebojsa Stefanovic said that Belgrade was successfully cooperating with the Russian Interior Ministry, Federal Security Service and the National Guard. Patrushev proposed to work on a memorandum of understanding to create the conditions for regular communication on security matters of mutual interest.